For the Record | AASL President-Elect’s Report – ALA Annual 2016 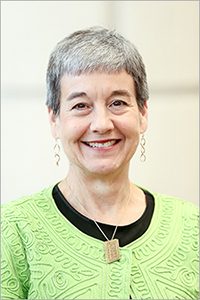 Your 2016-2017 AASL Board of Directors began its work year at the Board III meeting on Monday, June 27, at the ALA Annual Conference in Orlando, FL. Members new to the board include Laura Hicks, Region 2 Director; Ann Schuster, Region 9 Director; Sarah Searles, Supervisors Section Representative; and Wendy Stephens, Region 5 Director. Returning to the board and serving in new capacities for 2016-2017 are Devona Pendergrass as Member-at-Large and Steven Yates as President-Elect.

Who are these people serving on your AASL Board of Directors? A quick survey revealed the following information:

What happens next and throughout the year? To move the work of the association forward, the Executive Committee (consisting of President, President-Elect, Immediate Past President, Treasurer, Division Councilor, Board Representative, and Executive Director as ex officio) holds monthly conference calls and meets face-to-face once in fall and once in spring. The full board holds conference calls, once in fall and once in spring, and meets face-to-face at ALA Midwinter and at ALA Annual Conference. Throughout the year we communicate using the board listserv and ALA Connect.

The 2016-2017 AASL Board of Directors will work hard and will serve you well. Concerns and commendations brought forward from Affiliate Assembly will be addressed. As ESSA implementation moves forward at the state and local levels, we will continue to work with the ALA Washington Office to represent school librarianship and to provide you with information and guidance. My presidential initiative will focus on informing principals of the important role that school librarians play in student learning, #SchoolLibrariansTransformStudentLearning. Watch for updates throughout the year.

Read other ALA Annual 2016 reports from AASL’s For the Record:

Tags: ALA Annual, Board meeting, For the Record