Emily Sheketoff, executive director of the American Library Association’s (ALA) Washington Office, has been selected as the recipient of the 2017 Crystal Apple by American Association of School Librarians (AASL) President Audrey Church. The Crystal Apple honor is given at the discretion of the AASL President to an individual or group that has had a significant impact on school library programs and students. 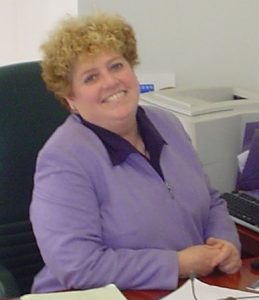 “When I began to think about who should receive the 2017 Crystal Apple Award, there was no question in my mind!” explained Church. “During Emily’s tenure, she has been a consistent and powerful voice for school libraries. For more than a decade she fought to include language for school libraries in an amendment to or reauthorization of the Elementary and Secondary Education Act (ESEA), and it was due to her ceaseless efforts that the Every Student Succeeds Act (ESSA) includes language addressing effective school library programs. Her focus, however, always goes beyond school libraries to the impact that they have on student learning. In recognition of her unwavering support for school library programs and the children they serve, I am honored to select Emily to receive the 2017 Crystal Apple Award.”

Along with the inclusion of school library language in the passage of ESSA, Sheketoff was instrumental in the 2003 change in the Library Services and Technology Act (LSTA), which doubled the amount of the base funding for state grants; the 2008 update to the Higher Education Act, which made librarians eligible for student loan forgiveness programs; and the 2010 passage of the Reauthorization of the Museum and Library Services Act, which included the Laura Bush 21st Century Librarian Program.

Fittingly, the now retired Sheketoff was presented with the Crystal Apple at a special ceremony during National Library Legislative Day. A video of the presentation will be shared as part of the AASL Awards Ceremony and President’s Program during the 2017 ALA Annual Conference in Chicago.