Behind the Scenes at NC’s State Conference

I’m the immediate past president of NCSLMA this year, which means I get to serve on NCSLMA’s Conference Planning Committee. I served along with our president elect, Cindy Sturdivant, and the incoming president elect, Jenny Umbarger. This year’s conference proved to be as rewarding as it was unusual!

Some of the items from a traditional conference that were still up in the air included:

It was really hard to get into a good conference swing. In our hearts, we felt confident that large gatherings would not be allowed, but the convention center held us to our contract, unless the governor proclaimed a state-wide ban on gatherings. For such a large event, we just couldn’t wait for that to happen.

Some of the things weighing on us included:

Our to-do lists were quite lengthy, and we had to move fast. Everything was made easier by a strong team. Cindy, Jenny, and I had worked together for several years on various projects and developed a very comfortable working relationship. We recognize the times to support each other and reach out for help.

Some of our action items included: 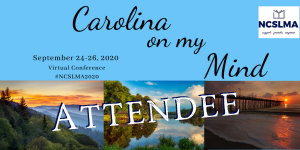 One of the most exciting things about a virtual conference was that almost everyone who submitted a proposal had the opportunity to present! We had a wealth of great ideas from which attendees could choose.

Most presenters created videos of their presentation ahead of time. This allowed Cindy time to upload, organize, and advertise. There were a few live sessions that were held through Google Meet. Most of those meetings were also recorded and added to the long list of choices.

To add to the excitement, Cindy decided to release videos in groups of eight to ten every few hours. Door prizes were drawn, announced, and mailed throughout conference, along with vendors who held live sessions.

Because everything is online, attendees weren’t limited to two or three days of trying to see as much as they can. Videos will be available for an entire year along with CEU certificates to all attendees.

Out-of-state librarians were given the opportunity to attend at the member rate if they were members of their state associations.

And we didn’t have to stop conference on the last day! Since it’s virtual, people can still sign up to *attend* all the wonderful sessions. 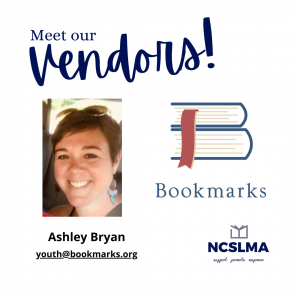 Facebook — We wanted to use Facebook to help with the sense of community we knew would be missing without the face-to-face aspect. The attendees-only Facebook group opened up a few days before conference, and we created events for the live sessions that included keynotes and vendors. We also advertised the prerecorded events and used this venue to *hand out* our numerous door prizes.

Google Meet — Live meetings were held on Google Meet. We even held meet and greets for our regions!

Canva — All ads, banners, and signs were made using Canva.

Website — Special attendee pages were created to house the videos. As mentioned earlier, attendees have access to these pages for one year.

We’ll be reflecting on the things we learned for a while. I’ve listed a few below. The list keeps growing the more reflect!

There are so many things I could share about this great experience. People had opportunities to serve in capacities that we never envisioned in years past. Instead of a sprawling event, it felt very compact and efficient. I hope we get to repeat the experience — not because of a pandemic, but because it was a valuable event! 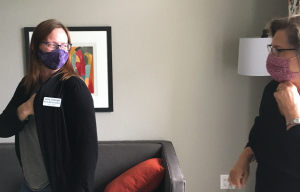 I started getting president badges for the incoming president elect several years ago. This is usually given in the business meeting when we pass the baton of one position to the next person. This year, we did it in Black Mountain, NC, in what I will forever remember as Conference Headquarters (or the Hampton Inn). This is a picture of Jenny Umbarger getting her badge to welcome her as president elect!