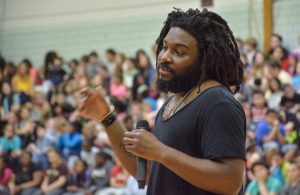 Every school librarian longs to hear a reluctant reader request to check out a book or ask about a specific author. The impact of award-winning young adult author Jason Reynolds extended beyond the gymnasium filled with 550 students in grades 5-12 when he visited Greece Central School District in May 2018 and spread through social media, classrooms, and libraries. The librarians and teachers in attendance experienced an increase of kids wanting to read, even the reluctant ones–all were yearning for Jason Reynolds’s books. Tweets such as “Thanks @JasonReynolds83 for visiting Arcadia today. Made a difference already…student who said all year he would never read a book asked this afternoon for one of your books on audio.” by a 6th-grade teacher was only one example of his influence spreading. 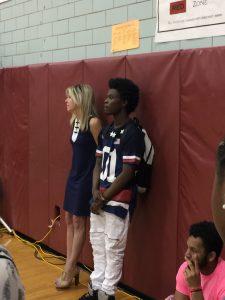 His stories of growing up in poverty and in an area filled with drugs and crime resonated with some of our students to the point of moving them to tears. A favorite photo of mine, taken from the event, is our superintendent side by side with an African American student who unwillingly came into the assembly, but then was in awe at Jason’s words, nodding to his stories of struggle. But Mr. Reynolds also had a message of perseverance and hope. His success today is because he never gave up and did not let where he grew up dictate where he would end up. What made our teachers and superintendent stand up and take notice was his statement that he didn’t read a book until he was seventeen. His reasoning? He felt his teachers did not respect him because he did not see himself in any of the literature he was being asked to read. As our district works to incorporate culturally responsive education, and after hearing Jason’s words of why he was a reluctant reader, it is awakening us to take a look at what we have to offer our students both in the classroom and in our libraries and how we can make changes. If you want to increase student engagement, they need to see themselves reflected in the educational resources we are offering them. These culturally diverse texts also can lend themselves to helping build understanding and empathy. 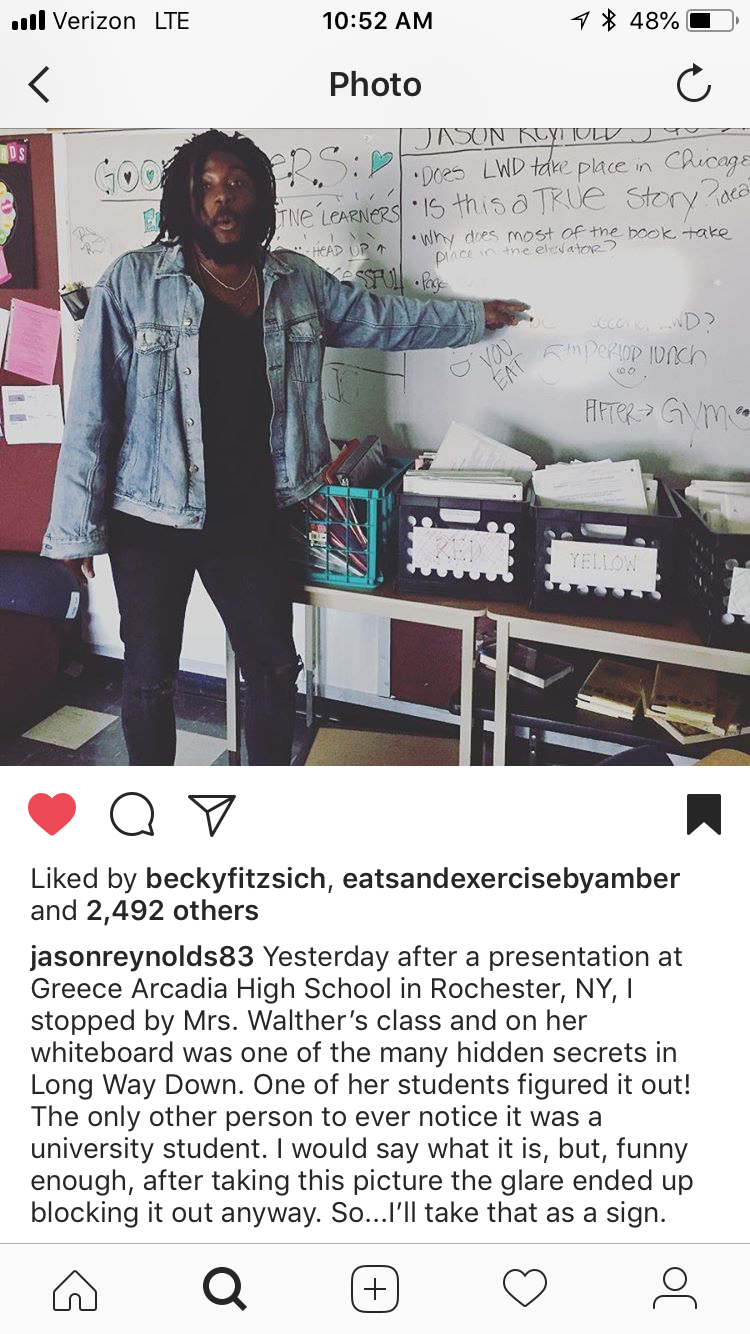 Mr. Reynolds also graciously shared his time by visiting our reading specialist, Amber Walther’s, classroom where her seven students had done a guided reading study of his book Long Way Down in preparation for his visit. He was surprised to learn that one of the students had figured out a hidden secret in the book; she had solved an unfinished anagram. Only one other person had discovered that, and this person was a university graduate student. Mr. Reynolds was so impressed he posted a picture of himself in the classroom telling the world about it on Instagram. Her students, who do not see themselves as strong readers and do not see the value in reading and are usually unenthused with anything reading related, were amped up with excitement, scrolling through the hundreds of likes and comments. One of the students even commented on the post, stating: “it was cool to meet u and get my book signed I’m gonna take away what you said abt writing a page during commercials bc I love writing.” And this is coming from a student who told Mrs. Walther, “I hate reading and I don’t like to write,” and would often try and avoid writing in class. Another student was so inspired she went to the bookstore and purchased his newest title For Everyone, read it in a single night, and then felt compelled to write about it. 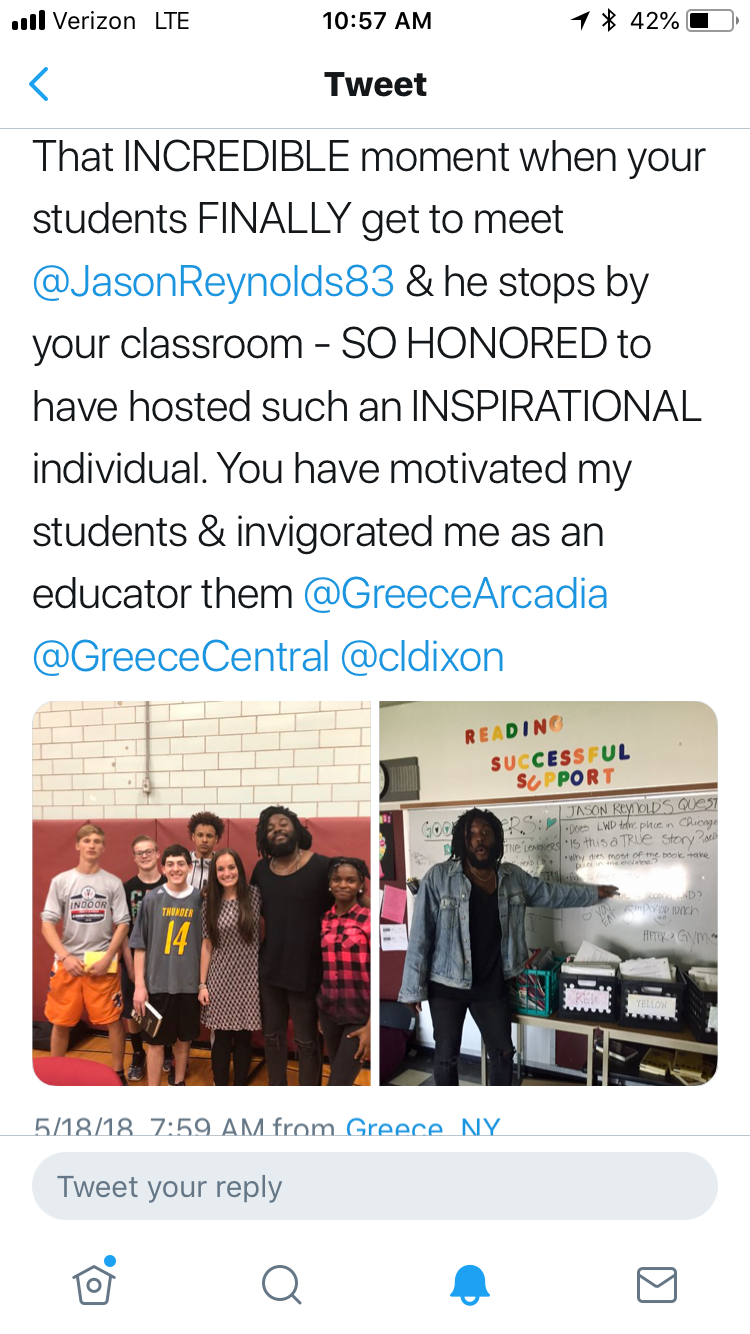 At dinner that evening we had two of our African American seniors who are avid writers sit on either side of him. He took the time to read their work and comment but also engaged with them in real-life conversations. He was incredibly intelligent, but also so relatable. He also requested copies of their work and of those from the students in Mrs. Walther’s reading class. He said he not only reads all the students’ work that he gets but he also keeps all of them.