Home › Blog Topics › Chess, The Library, and The Queen’s Gambit

Chess, The Library, and The Queen’s Gambit

Several students and faculty members are abuzz about a new Netflix series, The Queen’s Gambit. The series premiered on October 23, 2020. I was a little surprised that students are recommending the show, including some older middle school students. The series is rated TV-MA for substances, language, and smoking. For information on age-appropriate placement, we consult Common Sense Media, which recommends age sixteen for this series. 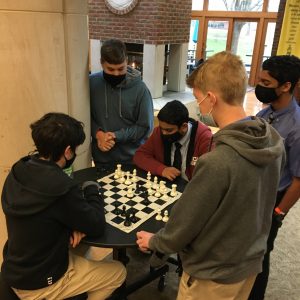 Nevertheless, I decided to watch the series for the period-piece fashion, and because I personally learned to play around the age of 12 from a Romanian neighbor who was a chess champion before he defected to the United States.  The show is intriguing in many ways, from visual aspects to the historical context and the game’s strategy.

I have noticed lots of renewed interest in the library’s chess set. There’s been such renewed interest in chess, I feel we may need several more sets to allow for social distancing. Netflix even seemed surprised at the popularity of The Queen’s Gambit. Additionally, the Google search “how to play chess” has ranked in at a nine-year high.

Books about the Game of Chess

As a school librarian, I wanted to make sure we have the book that inspired the series and other novels about the game of chess. Also, we wanted to add books to our collection about how to play, from beginner books to serious game strategy books. The Queen’s Gambit series includes books at every turn. In fact, the series features prominently a book given to the protagonist by her original, unofficial chess teacher, who is the orphanage janitor.

Books we have on the topic include some Usborne books, Starting Chess by Harriet Castor, and The Usborne Chess Book by Lucy Bowman. We also have Silman’s Complete Endgame Course: From Beginner to Master by Jeremy Silman.  n biographies, we have Endgame: Bobby Fischer’s Remarkable Rise and Fall from America’s Brightest Prodigy to the Edge of Madness by Frank Brady. And we even have a middle school chapter book by Walter Dean Myers entitled Checkmate that is part of The News Crew series.

For more books and further reading: 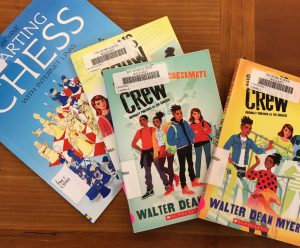 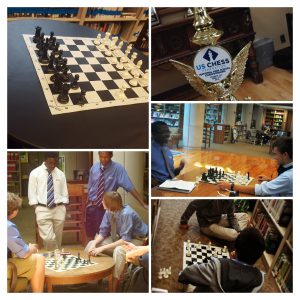 A long history of playing in the library 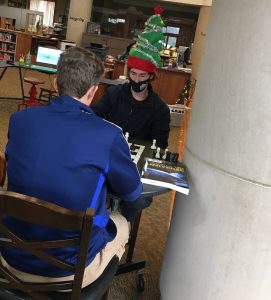 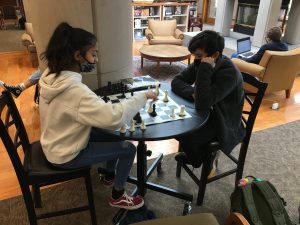 Sometimes during Covid19, we have to remind students to wear a mask.

Like Loading...
‹ Get Ready to Make It New: Embracing Change in 2021
Explore the AASL Standards through the Lens of Four States in the Jan/Feb Issue ›