The Creation of a Successful, Inquiry-Rich Maker Culture 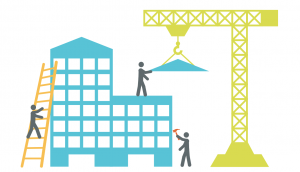 While makerspace leaders/librarians remain the most important aspect of fostering a successful, inquiry-rich maker culture, what role does the aesthetics play in the space? Construction and architectural firms, such as Haworth, assert that there are ways to literally build a successful culture (Haworth, 2015). Haworth describes four prominent cultures that organizations (such as libraries) can design including: control culture, create culture, compete culture, and collaborate culture.

Perhaps our most challenging work in this era is changing our community’s thinking about the recreational and academic culture(s) we foster in our school libraries. How can we move away from cultures of control (that has ensured our users could find resources on our shelves in Dewey Decimal Order) to a more multicultural work/play library environment?

Consider using the images below to facilitate a discussion with your faculty and administration about the pros and cons of each of these cultures. If you want to foster innovation and creative thinking in the group, follow Rees’ (2010) advice. 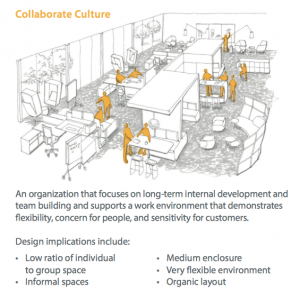 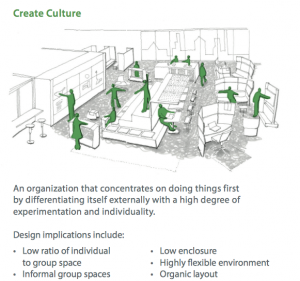 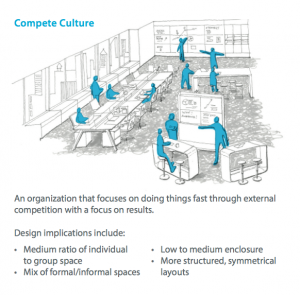 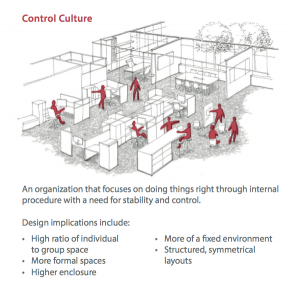 Brainstorm together the role each culture should play in an environment that fosters 21st Century Skills. As you (re)design your floor plan, (re)create a space that reflects the collective’s mission and vision for the 21st Century Library.

Haworth. (2015). How to create a successful organizational culture: Built it-literally. Retrieved from http://www.haworth.com/docs/default-source/white-papers/how-to-create-a-successful-organizational-culture.pdf?sfvrsn=16