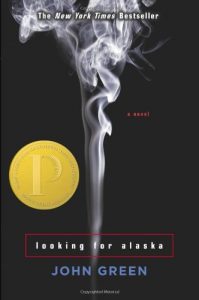 It Was Bound to Happen

I never thought it would happen to me. Sure, when I was in library school, we role-played talking down an angry parent during a book challenge, but living in the liberal icon of Austin, I doubted I’d ever have to do it. Once at a library conference, a table of Texas librarians referred to me as the “liberal librarian from Austin” because of some of the books in my collection. This May I received my first formal book challenge for John Green’s Looking for Alaska from two mothers whose children attend our school.

Preparing for the Challenge

As the O. Henry Middle School librarian for the last thirteen years, I take my obligation seriously to select the right reading materials for our students, ranging in age from eleven to fourteen, even fifteen. Still, as careful as I am, I have made mistakes and passed books up to the high school level that I did not think were age appropriate. Looking for Alaska is not one of those mistakes.

I read the book in 2006 when it won the Printz Award for the best book in 2005 for Young Adults. One of the criteria for my library collection is to include award-winning titles. I love Looking for Alaska. I appreciate the quality of John Green’s writing but also the respect he shows his teen readers. His characters do not always make the best decisions, but he portrays them with respect, describing both the dilemmas they face and the philosophical questions they ask. In addition, the book addresses experiences and themes that are very appropriate for young people’s social emotional development: being the new kid in school, bullying, unrequited love, mental illness, depression, and suicide. It’s also a very smart book.

I was worried about that one scene–and let’s be honest–these two parents object to the oral sex scene. If it was sexual content, then one mother would have objected to her daughter reading John Green’s The Fault in Our Stars, which includes a sex scene, or Paper Towns. Her daughter read both.

I went to go hear John Green at the TLA convention in 2006. One woman asked Mr. Green, “I loved your book so much, but WHY did you put that one scene in it? Now I can’t recommend it to anyone.”

John Green took a deep breath. He passionately defended the scene and proved that it was not gratuitous but included for a reason. In clinical language he describes a scene in which the main character has a sexual experience that is a humiliating, epic fail. It’s also awkward/funny. The next scene illustrates the same character finally getting to kiss Alaska, the close friend he’s in love with–just kiss–to contrast sex as purely physical vs. sex in the context of a close, emotional relationship.

I came back to O. Henry and read the book in my 8th-grade book club to see if these young people were mature enough to find its value. We had great discussions about the book, which, because of its literary merit, is now often taught in English classes, and I made the professional judgment to include this book in our library collection. Twelve other middle school librarians in Austin ISD made the same decision.

Still, sensitive to the mature content, I placed YA stickers on the spine and told my library assistant that this was a book for 8th graders. We don’t publicize what those stickers mean, but it’s our secret system for helping to steer the more mature books away from the younger students. For ten years the procedure worked. Sixth and seventh graders rarely selected the book because of its dark smoky cover. When they did, we told them it was an 8th grade book, and they happily chose something else. However, after the recent popularity of two other John Green books (also movies), The Fault in Our Stars and Paper Towns, is it any wonder that Looking for Alaska is currently the number #1 challenged library book in the nation? Our informal system failed, and for that I apologized to the mother. Her daughter was an end-of-the-school-year seventh grader. (The second mother filed a formal challenge even though her seventh-grade daughter had never checked out or read the book.) To put things in perspective: in ten years only two of between 15,000-20,000 parents complained about the book’s inclusion.

Fear and Self-Doubt: What If I’m Wrong?

Still, I agonized. My first fear was that the parents would start some kind of Facebook page or go to the press, and I’d be publicly reviled as a corrupter of the youth. Suddenly I empathized with librarians from conservative districts who self-censor their collections in order to avoid public shaming and controversy. The phone exchange with one mother upset me the most. She said, “When we send our children to school, that’s the one place we expect them to be safe.” Yes, that barb cut me to the quick.

Parents are afraid. It’s a scary time to raise children. Parents routinely hand them smartphones, which can access the world wide web. They hear stories of sexual predators, sexting, cyber bullying, and other risky behaviors. They also want to protect their children from the very things their children are curious about, things that are already happening in their worlds. Is it safer to read of these things or to live them?

It’s ironic that the same mother who wants to remove Looking for Alaska  praises The Book Thief, which includes a scene in which Nazis burn books and stresses the theme of how precious books are and the freedom to read them. Mein Kampf by Adolf Hitler is also in our library collection (predates me), but I don’t remove it because it’s just the thing Hitler would approve of.

One of the two mothers objects that Looking for Alaska “makes young people curious.” No, young people are inherently curious. As to “hurting their morals,” I pose this question:

When someone reads Macbeth by William Shakespeare, does s/he then murder a house guest? When someone reads The Great Gatsby, does the reader suddenly think it’s a great idea to commit adultery? The beauty of reading is that it is a private act, one in which we as readers can develop empathy and our moral life through experiencing the characters’ dilemmas and ethical choices vicariously.

I have often pledged that I did not want to have a middle school library in which every book was appropriate for the youngest eleven-year-old. Too often middle school libraries are full of avid sixth grade readers who lose their love of reading as they age. I am proud that I have a collection that appeals to our 8th grade students. I have faith in our students that with our guidance, and that of their parents, they will choose the right books for them at the right time. If they don’t, I encourage them to return those books and select another.

I firmly believe the American Library Association’s assertion that a book’s inclusion in a library does not mean the school endorses it. Looking for Alaska is just one reading choice among thousands that we make available to our students. It is not the librarian’s responsibility to police what the students are reading. That responsibility lies with the parents and the parents alone. As our community comprises many families with many different values, our library serves to be as inclusive as possible. When a parent does not approve of a book for any reason, I am completely supportive. What I object to is a parent or parents believing they have the right and the professional authority to make those decisions for all O. Henry students. I trust that the committee my principal appointed will support the right to read and our First Amendment protections by voting to retain Looking for Alaska in our library collection.

Letting Go of the Outcome

As I await the committee’s decision, I close with one anecdote. My friend, a retired middle school librarian, worried when a Muslim girl in a headscarf kept checking out the racier titles in her collection. The librarian asked, “Are you sure it’s okay with your parents that you’re reading these books?” The girl answered, “Oh, yes. My parents know that sin is in the world, and they want me to know about it.” Knowledge is power. The best way to incite people to read a book is to ban it.

Like Loading...
‹ Summer PD – Learning from my People
Building on Others’ Contributions: The Story of AASL’s 2016 Collaborative School Library Award ›