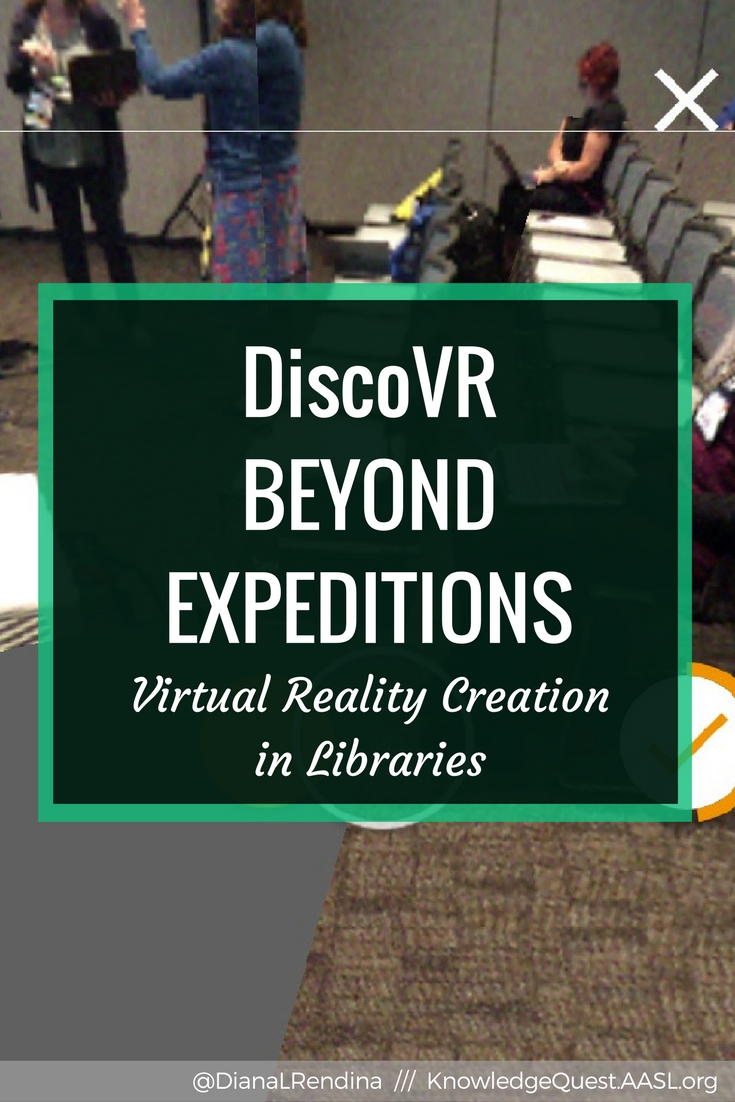 In her fantastic session at AASL 2017 in Phoenix, Arizona, Katie McNamara laid out how to utilize virtual reality as a tool for creation with our students. She shared tools and ideas and led participants through creating their own 360-degree images (with their phones!) that they could then manipulate.

Katie generously shared her slides with links and images to projects her students have created.

First off, why VR? Katie explained that VR can create shared experiences for our students. It can allow them to share their world and experience the world of others. But we need to move beyond VR experiences as consumption. We need to use programs and tools where kids can create. The following three tools do just that. :) 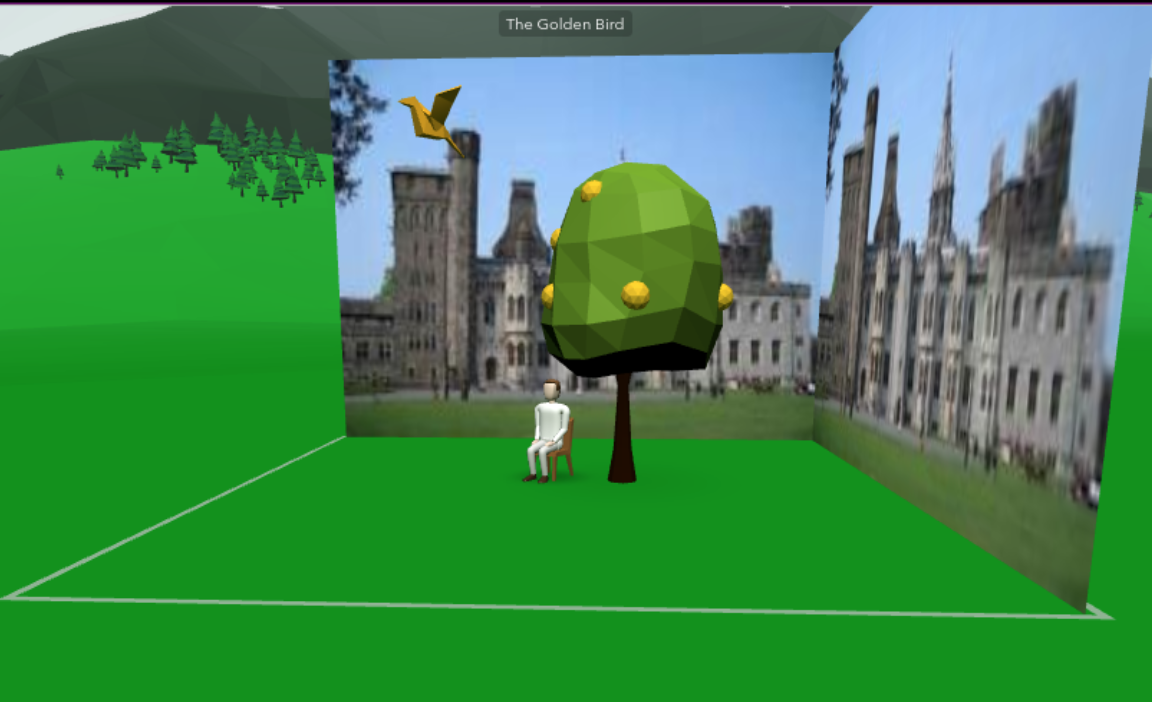 An environment that one of Katie’s students created in CoSpaces

CoSpaces (https://cospaces.io) is a tool for creating interactive virtual environments. It can be used on phones or iPads via the app, and on the computer via the website. You don’t have to have a virtual reality viewer to use it, but it does have that functionality if you want it. It has two versions: Maker is free, Edu is paid and offers more controls. 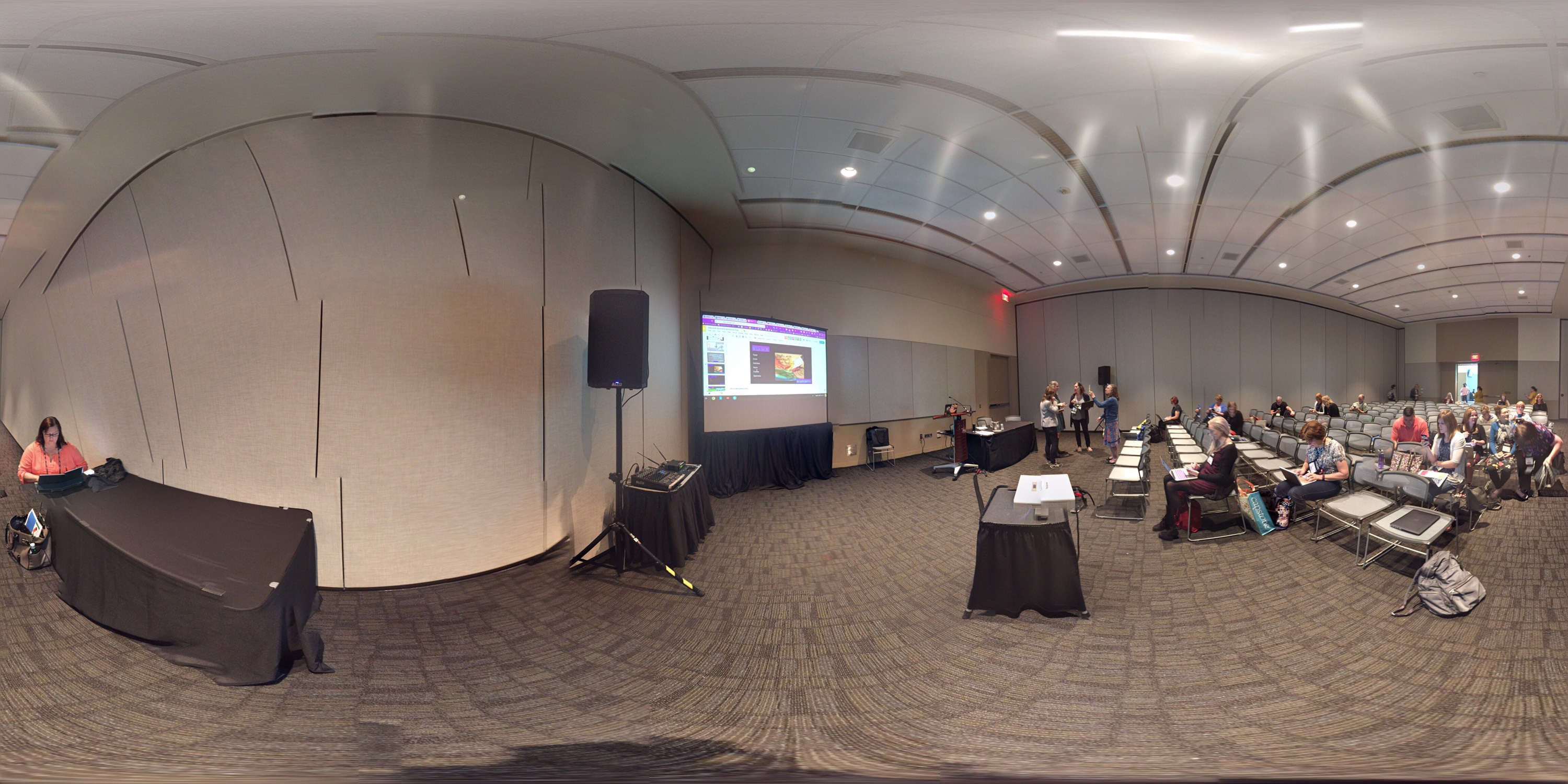 My Google Streetview image of the conference room

Do you own a smartphone? Did you know that you can use that phone to take 360 photos that you can app smash? Neither did I, and it’s pretty awesome. You’ll need the Google Streetview app (available for free in the Apple App store, and automatically installed on Android phones). As you take the photo, you move your phone around and follow the orange dots. Eventually, you take enough photos to create a 360 image like the one above. 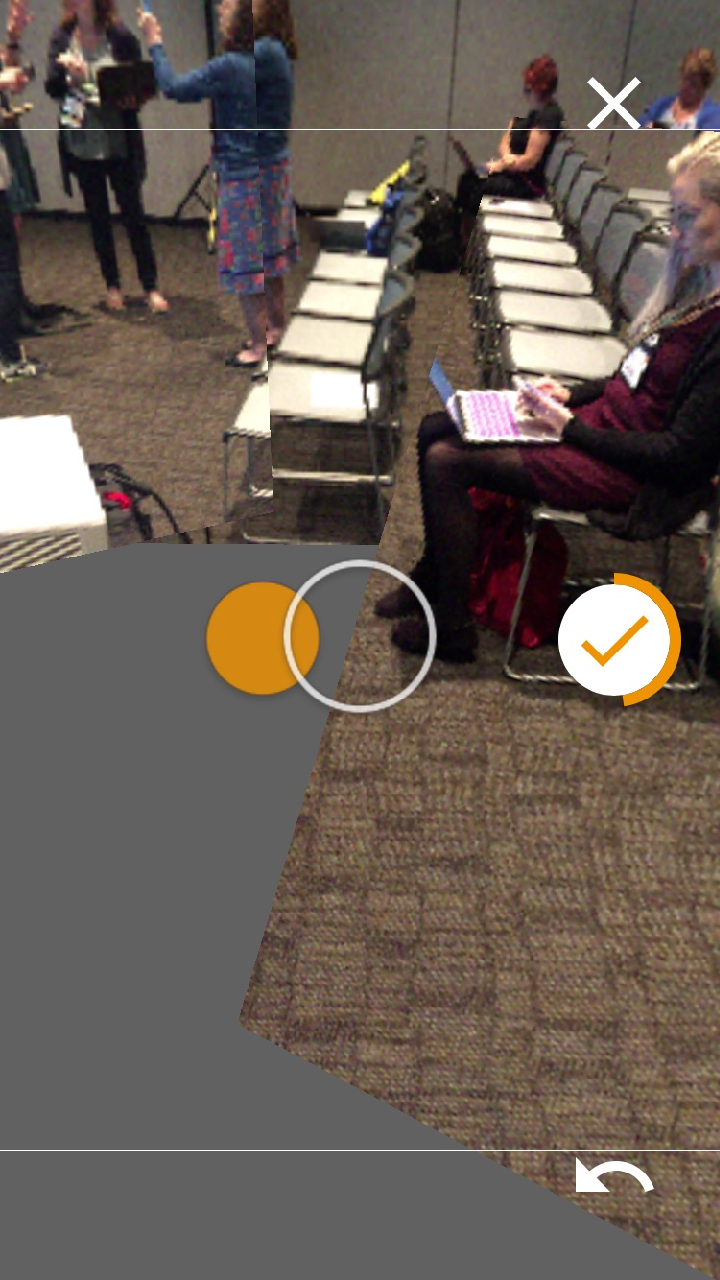 One all the images are stitched together, you can view the almost seamless image on your phone. You can also download the 360 image to your photos or text the file to your gmail address. Then it’s on to app smashing. 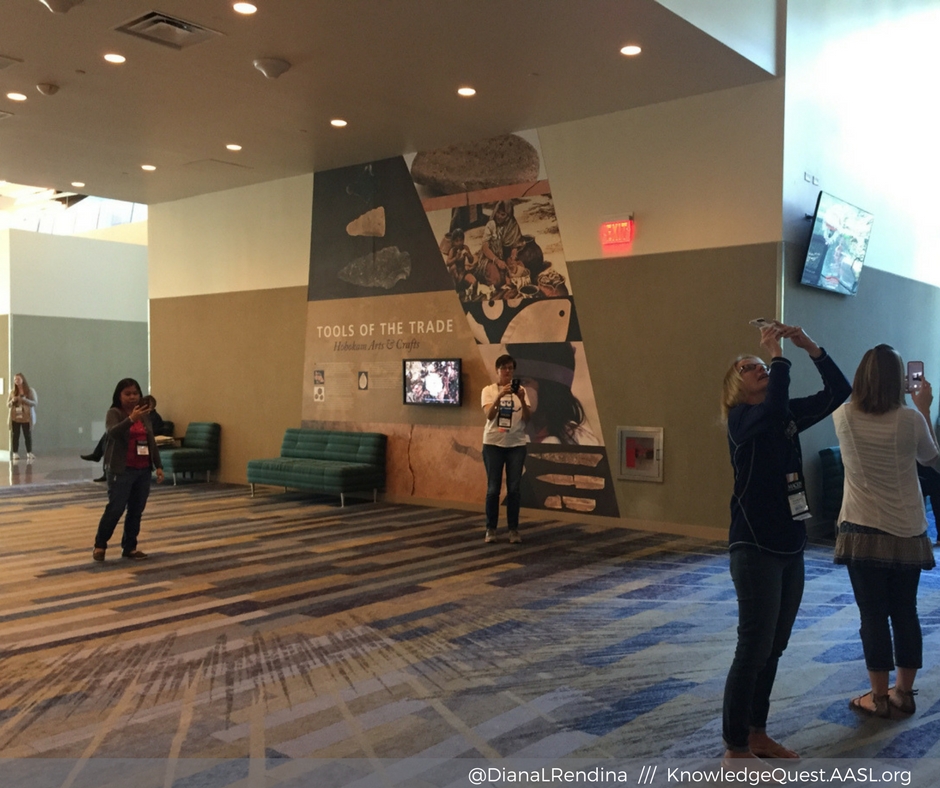 Round.me is a website that allows you to upload a 360 image (i.e. the 360 image we just created) and add annotations. These information dots can contain labels and more information about what is seen in the image.  Once your creation is done, users can look around and learn more.  Check out this one of the school farm that Katie’s students made.

Check out this shared Google Doc for ideas submitted by session participants on how to use Round.me

If all this has you wanting to learn more about virtual reality, be sure to check out the #ARVRinEDU chat (Wednesdays at 6PM PST) and hashtag.  Katie also recommends following Jaime Donally for more great ideas.