Are print magazines still in school libraries? We have them in our middle school library, but where there were two stands this time last year, we are down to only one. Several magazines we used to carry are currently unavailable through our magazine provider. A few may have been incorporated into other magazines and don’t exist anymore while others, like Teen Vogue, went digital only.

Digital versus print is not a new conversation. Back in 2012 Pew Research Center was writing about the rise of ebooks and the “shift from printed to digital material.”  Now research shows people prefer reading print over digital content as CNN proclaims “Real Books are Back” and ebook sales continue to drop. Maybe this isn’t surprising to many librarians, but it’s still good news.

Unfortunately, the good feelings about print don’t seem to include magazines in general. Magazines like Time and Rolling Stone are struggling to stay relevant and Conde Nast has been cutting jobs and reducing the number of issues published by their magazines. All of this seems to suggest that even though we may prefer print, we’re still not reading magazines like we once were.

Print magazines have been in decline for several years now, and although I love magazines (and some catalogs too) I noticed students had completely stopped looking at them. Is the magazine format going the way of cassette tapes, VHS, and overhead projectors? Some might even suggest magazines are like libraries in the way neither are needed since we have the Internet. Of course, those people are wrong in my opinion.

Magazines may not be as popular as they were in the “golden” age of magazines, which may be the 1990s or any point in time prior to the Internet, but don’t count them out just yet. Where many traditional magazines have closed up shop or taken entirely to the Internet, there is space for innovative and independent publications aimed at niche markets.

Because my co-librarian and I love magazines, we wanted to restructure and revitalize our magazine collection by including a few new titles and promoting the independent DIY zine culture.

Many of the newer, experimental type of magazines are not geared to young adults, but we use them as examples when teaching students to make zines–the DIY, pared down cousin of the traditional magazine. We opted to remove several well-known educational magazines from our rack, replacing them with a makeshift, DIY subject-index type folder where students can search for and request to view specific magazine issues.

To replace the magazines removed, we feature several zines, a few new-to-us magazines that have a smaller circulation and publish fewer issues per year, and some fairly traditional subject-specific titles. We shifted to a more thoughtfully curated collection, and plans for the upcoming year include acquiring more foreign language magazines/zines and looking for older teen lifestyle magazines to give our students some perspective on different generations (and probably laugh at old hairstyles and dated advice).

We know some colleagues who stopped subscribing to magazines citing lack of student interest, poor magazine choices, and being able to better use the funds to buy books or technology. I think we’re beyond the point where magazines are a school library staple, and if we are not able to create some interest in the collection we may revisit our magazine subscription policy again.

Thoughts on keeping magazines in the school library? I’d love to know what magazines you carry and which ones, if any, you stopped purchasing. 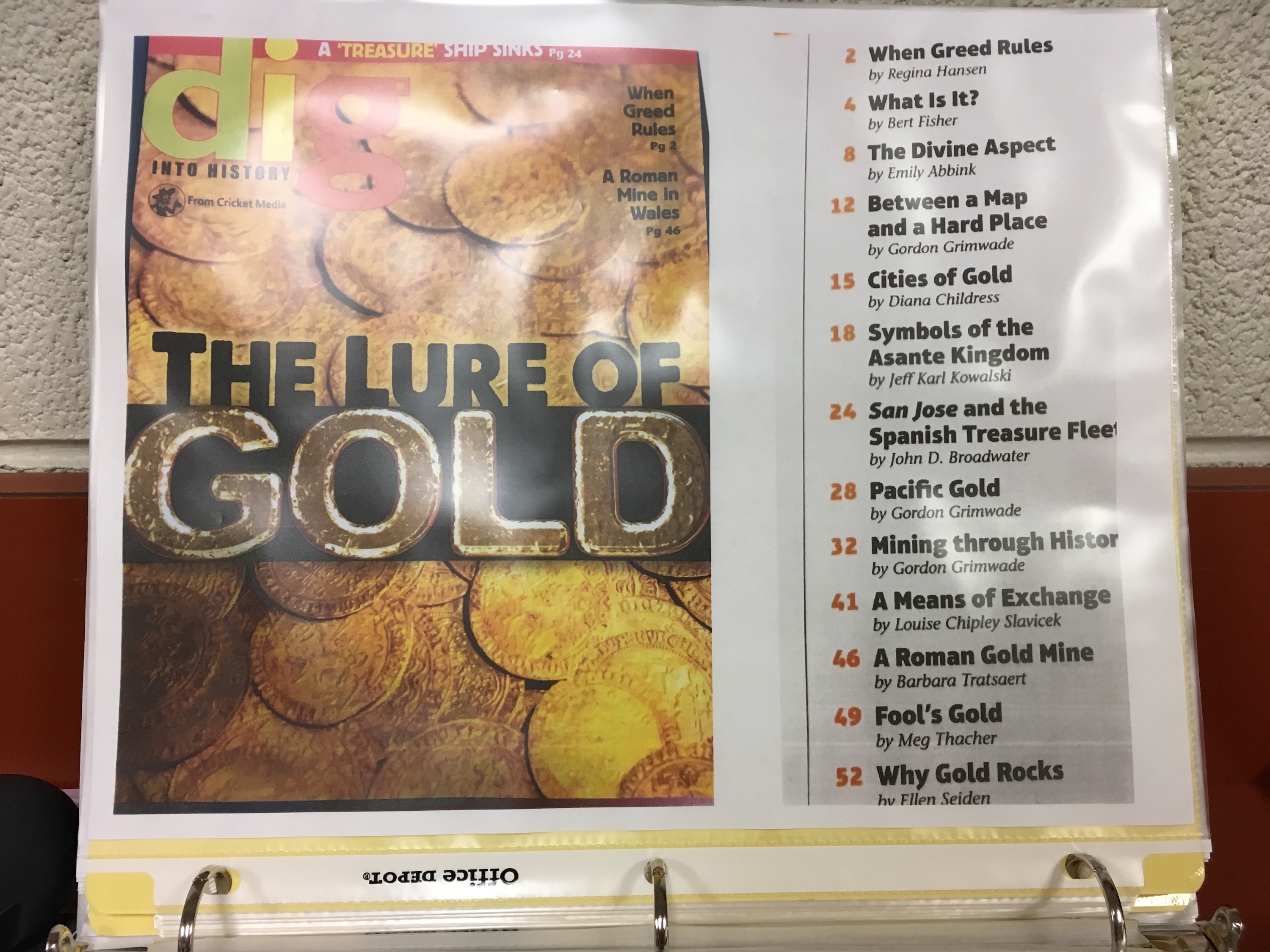 Starting to build our DIY folder so students can access what’s available in magazines that might not be displayed.