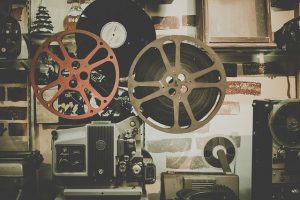 As a researcher and professional, I am interested in learning how teens construct reality during/after interacting with media. This spring I had the really cool opportunity to work with select students and teachers attending the True/False Documentary Film festival student bootcamp to study just that. For the last three years, students in Columbia, MO, and from high schools throughout the country applied to participate in Camp True/False. Camp True/False (according to https://truefalse.org/) allows  “a select group of high school students [to] dive deeply into the True/False Film Fest and experience a weekend of exciting films, music, art, conversations, and workshops with a diverse crew of exceptional guests and local hosts. Starting a couple months before the festival, the Boot Camp convenes to prepare for the fest, discuss relevant issues, share research, and plot their course. The Boot Camp brings students with varying interests insider access to the fest.” During this process, students learn media literacy skills, learn about controversial issues in society, and learn from one another through engaging conversation and film analysis. They have a lot of fun doing so…

As a media literacy educator, I wanted to learn what and how students learn from the experience in order to bring the learning into all students in our schools K-12. I also wanted to know how students’ interpretations of documentary film as a text are similar or different than other texts. More than anything, I was curious to learn how student conversation led to greater understanding of complicated concepts packaged as documentary films. In Patricia Aufderheide’s introduction to the medium of documentary film, she states: “Documentary is defined and redefined over the course of time, both by makers and by viewers. Viewers certainly shape the meaning of any documentary, by combining our own knowledge of and interest in the world with how the filmmaker shows it to us” (2007).  Society, culture, and conversation constantly reseed the “meaning” of the film for the viewer.

The other embedded teachers and I learned that learning from documentary film is no simple task. Students must first be versed in the language and signs of film and then to the specific nuances of reading documentary films. The New London Group, way back in 1996, argued that “literacy pedagogy now must account for the burgeoning variety of text forms associated with information and multimedia technologies” (p. 61). The New London Group urges students, and teachers, likewise, to participate in critical framing: “interpreting the social and cultural context of particular designs of meaning” (p. 88) by stepping back to critically evaluate a text based on context. Columbia, MO, (home of the University of Missouri) has struggled with issues of race and equity a great deal in the last three years and many of the documentary films we saw this spring highlighted these issues (Whose Streets, Quest, I Am Not Your Negro, full list: https://truefalse.org/program/films?festival=14.) Students were inspired to make a difference in their respective worlds by confronting real issues faced by real people, many of whom they were able to meet after each individual viewing.

According to Documentary Film: A Very Short Introduction by Patricia Aufderheide, documentaries are “movies about real life. And that is precisely the problem; documentaries are about real life; they are not real life. They are not even windows onto real life. They are portraits of real life, using real life as their raw material, constructed by artists and technicians who make myriad decisions about what story to tell to whom, and for what purpose.” Documentary filmmakers rely on highly effective storytelling techniques but must do so with footage captured of real life. The storytelling trick is to ethically and creatively arrange the footage to tell the story of their choosing. It is the task of the viewer, then, to understand these storytelling techniques to effectively deconstruct the story to determine the filmmakers point of view to make meaning. Those new literacy skills described by the New London Group are a necessary part understanding how documentary films as texts require a deep read and should not be taken as objective truth. In order to use documentary film as a text and not just a way to convey content, we are going to subscribe to the Kanopy Streaming service for use by our teachers next school year. We are also working with the Ragtag Film Society (True/False’s parent arts organization) to create a “best of” lending library of documentary films for use by teachers and students in our secondary schools. We are planning field trips to the local art house theater to preview documentary films and discuss the artistry with critics and authors.  And, although it was 15 movies over four days for me and my ten students, I cannot wait until next year!