When people ask you what the most important thing to teach a child is, how do you respond? I (jmf) have heard some school librarians answer:
+ teaching young people how to read;
+ how to be curious about the world around them; or
+ how to communicate.
A rare response for me to hear is empathy. For the purposes of this post, we are defining empathy as an ability to experience the emotional state of others and then respond with moral sensitivity (Allen, 1975; Goldstein & Winner, 2012).

I (jmf) have seen very few school library conference sessions centered around professional empathy or empathy education for young people. While our professional literature highlights collection materials for purchase related to empathy, only a few trailblazers have published their work related to empathy (Kehret, 2001; Perrault & Levesque, 2012; Stripling, 2012; Hassig, 2012). Most school librarians find benefits in teaching young people about empathy. But do our philosophical claims match our professional practice?

Recently, I (jmf) asked urban elementary school students to write down ways in which they have showed empathy for someone who was experiencing grief. Here are a few of the written responses students in grades 2-4 shared with me: 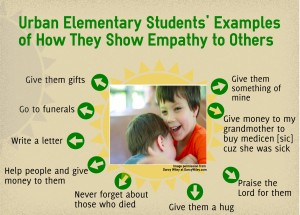 The majority of children listed gifts of  financial significance as their way to show empathy, while others considered gifts of sacrifice (giving something of their own that the grieving person may enjoy). The next most common responses were related to physical touch (i.e. hugging or holding) and acts of service (going to funerals; remembering; or undefined, vague ways of “helping”). A smaller group of students listed communicating with/for the grieving person (e.g., letter writing or speaking words of blessing/prayer). Spending quality time with those in grief never appeared in the students’ responses. Close to 5% of students chose to not respond at all, perhaps because they were unsure of what empathy was or found it difficult to recall a circumstance when they expressed empathy.

While there is great import on teaching young people what we call person-to-person empathy or local empathy, this is not our only responsibility. As school librarians who are internationally minded, we must also teach young people about global empathy. How do we create guided inquiry projects related to international events that engender empathy (if at all)? How do we teach the ways in which nations productively respond to national grief (if at all)? In the paragraphs below, we share two examples of ways in which nations respond empathetically and productively to national (even international) grief.

A seldom-discussed, but very moving example of empathy between nations, was demonstrated by the Maasai people in the wake of the attacks on the United States on September 11, 2001. A semi-nomadic ethnic group in Eastern Africa, most of the Maasai had never heard of skyscrapers or a faraway place called New York City. But when they learned of the heart-rending stories of the collapse of towers of the World Trade Center, and of the thousands of lives lost, their empathy for the grieving people of the United States was profound. 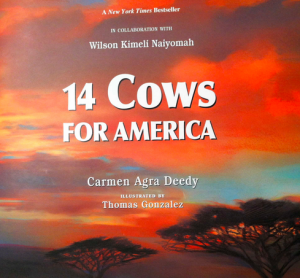 As a deep expression of their sympathy for America’s great sadness, the Maasai, people of modest means who live off the land, gave the most sacred gift to the United States that they possessed: cows. They gave the very cows they needed to help them survive in their harsh environment in order to provide comfort to the people of the United States. 14 cows to be exact, presented to the United States Embassy official who came from Nairobi, as the Maasai elders chanted blessings.

These seemingly ordinary people made an extraordinary gesture and in doing so, lifted the spirits of those who were touched by it and ennobled the suffering and sacrifice of the scores of thousands directly involved in or affected by the events of September 11, 2001. The picture book, 14 Cows for America retells this beautiful story of empathetic response to national grief (Deedy, Naiyomah, Kimeli, & Gonzalez, 2009) 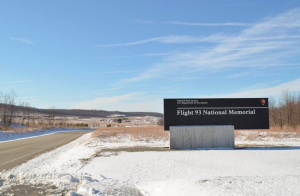 , the Federal Government has financially supported the National Park Service’s efforts to create a memorial that encourages empathy and productive expressions of grief. The memorial allows visitors to reflect on the 40 passengers and crew on the United Airlines Flight 93, one of the four planes hijacked that day. The passengers and crew were seemingly ordinary people who did extraordinary things. Their extraordinary resourcefulness and bravery brought down their hijacked flight on that day in a field near Shanksville, Pennsylvania. Their acts prevented their plane from reaching and crashing into its intended destination, believed to be the United States Capitol in Washington, D.C.

The Flight 93 National Memorial hallows the ground in a Pennsylvania farm field where the flight fell to Earth, and today marks the spot with public spaces to:
(1) express empathy for those affected by the terrorist attacks of September 11th;
(2) reflect at a solemn memorial;
(3) experience a remembrance tour (including a cell phone tour that can be accessed as distance education);
(4) listen to over 800 oral histories of people connected to the Flight;
(5) observe webcams; and
(6) tour the National Park Service Visitor’s Center.
Programs and resources are being developed to help children and educators to better understand what happened in Shanksville, Pennsylvania and in the skies above on September 11, 2001. 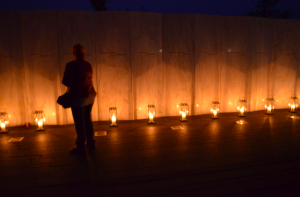 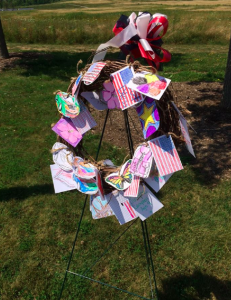 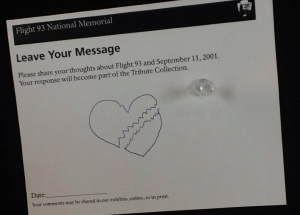 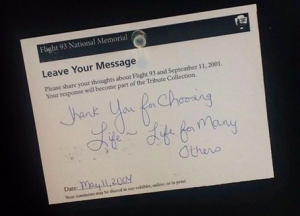 These are two stories of productive responses to national grief, in which empathy is a foundation for action. 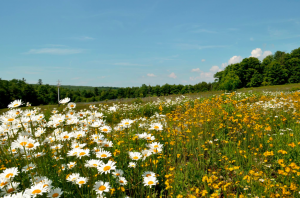 If your students hear both stories, they may ask questions such as, Where are the Maasai cows now? Are they grazing in the Pennsylvania field next to the Flight 93 Memorial? Or are they in an enclosure in New York City’s Central Park? Or perhaps they are in an open field on the grounds of The Pentagon, another of the locations hit by a hijacked plane on that fateful day? As it turns out, the cows were never accepted for shipment into the United States. Officials at the State Department decided that logistical obstacles and the costs of shipping would exceed the value of the herd. The Maasai continue to watch over the herd in Kenya, where it has grown larger and where they are still tended today for Americans.

Is there another lesson in these stories of global empathy? Would your students believe that the United States showed

appropriate global gratitude to the Maasai people in deciding that the cost of shipping the herd was too high to justify receiving their gift in our country? Do students feel as if the degree to which an act of empathy causes them inconvenience should be part of their consideration as to how they respond or accept the act?

We challenge you to glance back over your “most important things” to teach students during the 2015-2016 school year. How will local and global empathy appear in your inquiry units? Or perhaps it is the concept of global gratitude that fits with your co-teaching plans? Whatever your approach, we hope you’ll be in touch to share the ways you are approaching these topics of global significance in your library classrooms. And never hesitate to contact the rangers at National Park Service sites to collaborate with you.

Until the cows come home,

Authors’ note: All images, unless otherwise stated, are property of the United States National Park Service.