Happy Birthday to the Freedom to Read Foundation 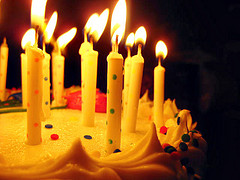 Are you familiar with the Freedom to Read Foundation (FTRF)? On November 20, 2015, FTRF will celebrate its 46th birthday. Although holding many of the same ideals as the American Library Association, FTRF was founded in 1969 as a discrete organization to protect the First Amendment rights of library users to read and to assist librarians whose jobs were in jeopardy because of their defense of free speech. Although legal action has been a strong tool for FTRF, in recent years, it has increased its focus on educating librarians and the public about the strong connection between the First Amendment and libraries and the need to fight censorship (FTRF Foundation Activities).

FTRF and school librarians—it’s a natural fit. Hilda Weisburg, co-author with Ruth Toor of New on the Job: A School Librarian’s Guide to Success and a retired school librarian from New Jersey, sees the connection. “I have been a member of FRTF for about 30 years.  I can’t imagine not being part of FTRF because it represents a fundamental value of librarianship since its inception — providing open access to information.  It is also central to democracy.  Look anywhere in the world where there is a tyrannical government.  The first thing dictators do is take control of the channels of communication and information.  FRTF is our watchdog, ready to take on incursions into our freedom, especially the right to read” (Weisburg).

Personal membership in FTRF costs $35 a year. Thank you to the school librarians and library educators who are personal members. FTRF could not continue to defend the First Amendment (and students’ right to access information in libraries) without you. To become a member or renew your membership, select the “Join FTRF” link. Your dues support FTRF’s litigation, education initiatives, and grants. Members receive the “FTRF News” newsletter as well as electronic updates reporting on the work of the organization. They are also eligible to attend free webinars presented by FTRF legal counsel Theresa Chamara. There is a reception for FTRF members attending the Annual Conference; and at Midwinter, FTRF holds its annual author event fundraiser.

Organizations such as AASL’s affiliate associations can also become members, and they provide strong voices supporting FTRF’s defense of the First Amendment free speech rights in libraries. According to Kathy Lowe, executive director of the Massachusetts School Library Association, “MSLA is an FTRF member because it is a cause we want to support” (Lowe). The cost of FTRF membership for organizations is a bargain at $50 per year, and currently 24 AASL affiliates are members. To become a member organization, contact the FTRF office for a special affiliate organization membership form.

Wish the Freedom to Read Foundation a Happy Birthday and help keep the flame of freedom and democracy burning bright in school libraries.