Include Everyone: Exploring Social Justice in the Library 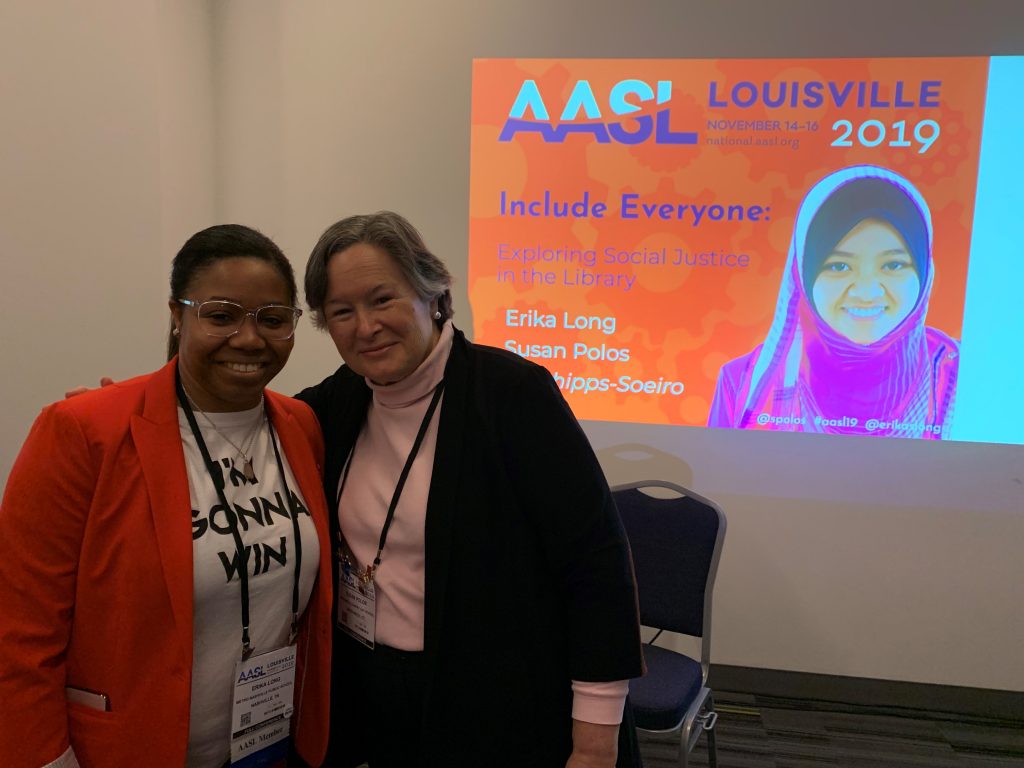 At the 2019 AASL National Conference, I attended the session “Include Everyone: Exploring Social Justice in the Library” presented by Erika Long, Metro Nashville Public Schools, and Susan Polos, school librarian at Fox Lane High School. The session presenters started the session by framing our learning and explaining how the content directly relates to the AASL Standards’ Shared Foundations of Explore, Include, and Collaborate.

Their collaboration started with a meeting in Phoenix of Erika, Susan, and Liz Phipps-Soeiro, who wasn’t there for the presentation. Erika and Susan both shared that the three of them connected through their mutual interest in social justice.

She shows the students different sources and lets them come up with a definition for social justice on their own. Erika tells her students to be good users of their voices. She has them define social justice and advocacy in their own terms. What is an advocate? Who are you advocating for?

Erika’s students write letters to people of importance; for example, one student wrote to the Department of Defense because their grandfather was a veteran who is suffering from post-traumatic stress disorder. Her students also made posters for the movie The Hate U Give by replacing the word HATE with positive words. She also had a student who came out about their sexual assault experience. “Kids are super passionate about these issues, and they want to talk about them,” she said. In addition, Erika has students participate in all-school projects where they research global issues and choose their own topics to research. This helps them understand that so much is happening outside of Nashville. She involved students in both World Hijab Day and the GLSEN Day of Silence.

In her library, Erika also makes the topic of social justice approachable by encouraging her students to read widely. She started a ProjectLit Community Book Club. The #ProjectLit Community aims to eliminate book deserts and promote a love of reading. Project Lit believes wholeheartedly in the power of reading and in its ability to bring people together and transform lives. The books the Project Lit Community recommends are selected by students, for students. They have both young adult and middle grade book selections. Erika believes these books allow students to see outside themselves. She is working to incorporate these books into the curriculum and classroom. She openly talks about successes and failures, and she said, “It doesn’t matter what my numbers look like, it matters what the students get out of it.” 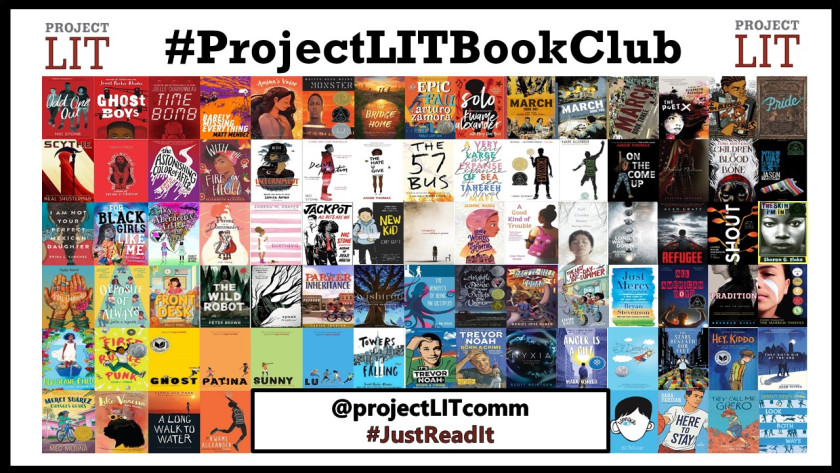 Susan Polos said activism is often initiated by choice, but too often initiated by necessity. Her personal activism started in protesting “the test” (referring to standardized tests) and when Mount Kisco threatened budget cuts. She made it clear that even if you have a really good library program, it can still be cut. It’s really important for school librarians to go to conferences that are not library conferences to have a presence there too.

Susan also encouraged participants to think globally through all school projects and inquiry-based learning by using Cambridge Global Perspectives. In a previous school community, she was committed to inclusiveness through respect for diversity in libraries. Their community had many Guatemalan refugees and immigrants, which contributed to their school and library program losing support. They had a rich tradition of a banquet for their Mock Newberry, where she said the kids are drawn to diverse books because “they relate to them.”

Susan’s advice is to identify authenticate challenges and initiate social justice efforts. In her high school library, the kids wanted to give back to the elementary school. They partnered with second grade because as ninth graders, they would graduate high school and the elementary kids would graduate at the same time. For another event, Susan partnered with the local movie theater so students could see The Hate U Give. As the Gender and Sexuality Alliance, adviser she sponsored student-led work there as well. She also brought in Jerry Craft, author of The New Kid, where he talked about microaggressions. Of her new school in an affluent community, Susan said, “The privileged need to learn too.”

They both encouraged participants to use books to lay the foundation of social justice issues. Here is the bibliography from Erika’s Social Justice Unit that she shared on Twitter. They concluded the session with questions to think about and share out which resulted in a rich discussion!