Home › Blog Topics › Keeping the Flame Alive: 50th Anniversary of the ALA Office for Intellectual Freedom

Keeping the Flame Alive: 50th Anniversary of the ALA Office for Intellectual Freedom

Established in 1967, the Office for Intellectual Freedom (OIF) is fifty years old in 2017. Although you may imagine a large suite of offices with a big staff, that is not the case. OIF is manned by five dedicated individuals who work in cramped offices in ALA’s headquarters in Chicago. The current staff consists of James LaRue, executive director; Deborah Caldwell-Stone, deputy director; Kristin Pekoll, assistant director; Eleanor (Ellie) Diaz, program officer; and Kim Diehnhelt, acting program officer (ALA, OIF Staff). All are committed to preserving free access to libraries and library materials, and they help ALA members and non-members alike with intellectual freedom-related issues. Contact information for OIF staff is found here.

Over fifty years, the Office for Intellectual Freedom (OIF) has had only three executive directors. The first was Judith Krug, a legendary name synonymous with courage and anti-censorship efforts to protect the right to read and access information, especially for children and young adults. The history of OIF is forever linked to Judith Krug who shaped the mission it pursues today. Following Krug’s death in April 2009, Barbara Jones served as executive director of OIF until she retired in December 2015. Barbara was an effective spokesperson for the right to read and described OIF successes and her concerns for school libraries in an exit interview. In January 2016, James LaRue became its third and current executive director of OIF.

The Office for Intellectual Freedom is a proactive advocacy hub within ALA and has two new initiatives: Our Voices and ALA Bootcamp.

Although Jamie LaRue does not possess a crystal ball, he shared thoughts about the hurdles OIF (and intellectual freedom as a core value) face for 2017 and beyond.

Following the fifty-year tradition, OIF staff continues to provide resources critical to all librarians, although most are now online. 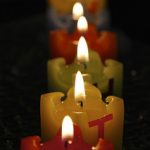 As we begin 2017, celebrate the fifty-year history of struggles and victories of the Office for Intellectual Freedom.  Looking to the future, consider what YOU can do to keep the flame of intellectual freedom alive.

Like Loading...
‹ “But that’s not a real book!” – Why Your Collections Should Include Graphic Novels
The movie was better ›