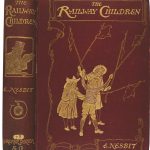 While I watched the new delightful PBS series Anne of Green Gables, I thought of how  so many children’s classics have survived. Anne was first published in 1908 and at last count has been made into six movies, six radio dramas, and eight television series. The first silent movie opened in 1919, and there is a future musical film adaptation in the works. Classics like Anne of Green Gables really do stand the test of time both in print and as perennial Hollywood staples.

As school librarians we know that children’s books are one of the most powerful forms of writing. Children’s literature illuminates a world that may seem complex, lonely, and daunting. Some books confront and calm fears, sooth the sense of isolation, help combat the bully and escape to a safe place. Books give children the comfort and knowledge that there are others who are just like them. And more importantly, books give children the knowledge that they are not powerless.

Years ago in my Kiddie Lit class, we discussed the influence late Victorian and Edwardian children’s literature still has today. This Golden Age of Children’s Literature produced books like Anne of Green Gables, The Secret Garden, Five Children and It, The Railway Children, The Wind in the Willows, Peter Pan and Girl of the Limberlost, to name a few. These titles are on many of our shelves and like Anne they have achieved a second life through movies and/or television series. 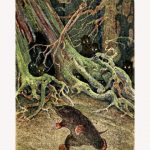 Edwardian/late Victorian literature has always held a slightly subversive appeal. The children in these books live separate and independent lives without the constant meddling of adults. Able to make their own critical decisions, they actually survive very well without adult supervision. Above all, these children seem to do rather than just respond. They are resourceful, inventive, resilient, and spontaneous. At times they are rebellious, but it is a constrained rebellion and one that usually results in a positive outcome!

We can certainly see the influence these authors have had on our more modern classics. Think of Rowling’s Harry Potter, L’Engle’s Wrinkle in Time, Lewis’s Narnia, Alexander’s Prydain Chronicles, and, tongue in cheek, Snickett’s Unfortunate Events. All have characters who manage heroically on their own…and all have been influenced by books written during the Golden Age of Children’s Literature.

As school librarians, we are tempted to weed classics to make room for newer popular fiction or because of limited circulation statistics. But before we do, think of what they offer to  students. At the very least they provide historical and cultural perspective and certainly a picture of children who lived a century or more ago. And remember, there just may be another movie or Netflix series in the near future!