Making a Case for Wikipedia 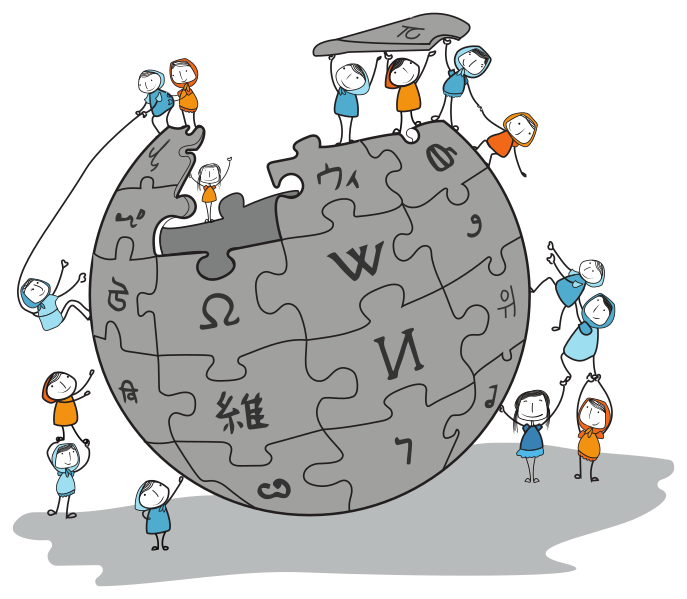 Wikipedia: (Maybe) Not The Worst

I spent quite a while in the camp of educators who believed Wikipedia was a source that students should avoid at all costs. But over the years, my stance has changed a bit. And now, with students spending more time than ever online, I think it’s important to consider all the free resources at hand that could prove useful.

In January 2021, Wikipedia will celebrate its 20th birthday. Think about that for a moment–there are not too many online services that are still around twenty years after they got started. And Wikipedia is basically financed and run by volunteers. They must be doing something right to have lasted that long running on nothing but the good graces and charity of netizens!

Further, not only is it still around, but people use it. Whenever I talk to students about reliable sources, they talk about Wikipedia–and how they’re not supposed to use it, but they do anyway. The fact that students know Wikipedia exists is a testament in and of itself. Kids tend to shun technologies older than they are, but they still flock to Wikipedia. We should think about what that says about this seemingly ubiquitous source.

When considering Wikipedia, educators should weigh the pros and cons.

The concept behind Wikipedia is pretty awesome: A website that allows anyone who knows about a topic to share their knowledge with the world in an organized, searchable catalogue.

The word “wiki” is actually Hawaiian and means “to be quick in doing a thing” (Andrews 1865). It is thought to have come into the computing realm in 1995 when Ward Cunningham used the name WikiWikiWeb for a database that allowed programmers to share ideas quickly and easily; Cunningham said he chose the name to avoid calling his tool “quick web” (Cunningham 2003).

CON: Some of “The People” Like to Mess Around

Granted, the thing that makes Wikipedia potentially great is also the thing that leads educators to shy away from it. Anyone who’s ever left a Google Doc in editing mode or left a chat window open for students to do as they please has seen how quickly things can degenerate into chaos when anyone can add whatever they’d like. And the anonymity afforded by the Internet seems to amplify the quantity of troll-created material.

In fact, as part of my lesson on Wikipedia, I’ve assembled a selection of articles about the purposeful and accidental hoaxes and biases found on Wikipedia.

This is, without a doubt, what most educators are thinking of when they tell students to avoid using Wikipedia. And it’s a good reason! But…

The other side of that coin is that there are a whole lot of passionate and informed people out in the world, and there are quite a few of them who make it their mission to share their knowledge through sites like Wikipedia.

One of my main uses of Wikipedia is to keep track of what’s going on in the world of DC and Marvel comics. I haven’t been a regular comics reader for a while, but I enjoy seeing the directions the stories have taken over the years. Going down that rabbit hole on Wikipedia can be an enjoyable way to spend some time. The folks who contribute to comic book-related wiki pages tend to be fiercely focused on keeping the record straight. That’s a set of Wikipedia pages whose information I would accept without any qualms!

CON: Our Students Don’t Know What They’re Talking About

When students use Wikipedia, it’s usually to find out something they don’t know. And their ignorance can quickly lead them astray. As mentioned, there are some bad actors who mess with Wikipedia’s articles because they think it’s “fun”. Other times, someone might mistakenly include incorrect information.

Either way, folks who don’t know a topic well–like our students–are unlikely to catch those errors unless they are particularly blatant. This is another good reason for educators to avoid embracing Wikipedia as a tool for their students.

However, there is a way to avoid the potential perils of inaccurate articles.

Scattered throughout a Wikipedia article are footnote links. Those footnotes link to a list of sources at the bottom of each article. This “References” list ostensibly identifies the source of the information included in the article. With the application of some little information literacy skills, educators–and students–can review those sources. When they find a reliable-looking source, students can access the original source to view information about the topic and verify that the source and information actually are reliable.

If we teach our students how to SIFT information, Wikipedia can become a gold mine for student researchers!

PRO: It’s So Much More Than Text

The Wikimedia Foundation, a subset of Wikipedia, offers images, audio, and video, all of which have Creative Commons licenses. Students can mine this resource for useful materials for multimedia projects. All of the offerings have citations and attribution information attached to help foster good digital citizenship practices. And students can also contribute their own works!

Tallying the Pros and Cons

Although the cons against Wikipedia loom large, there are also several important pros that should be considered. Particularly in our current state of hybrid-remote-virtual learning, it is important to provide our students with the tools and skills they need to seek out truth and facts.

Wikipedia is not the utopian website its founder hoped it would be. But neither is it the horrific den of corrupted information that some educators make it out to be. Wikipedia is a tool. As with any tool, the potential is there for misuse. But with a bit of education, users can wield it very effectively!