Home › Blog Topics › Maps in Endpapers: What Stories Do They Tell?

Maps in Endpapers: What Stories Do They Tell? 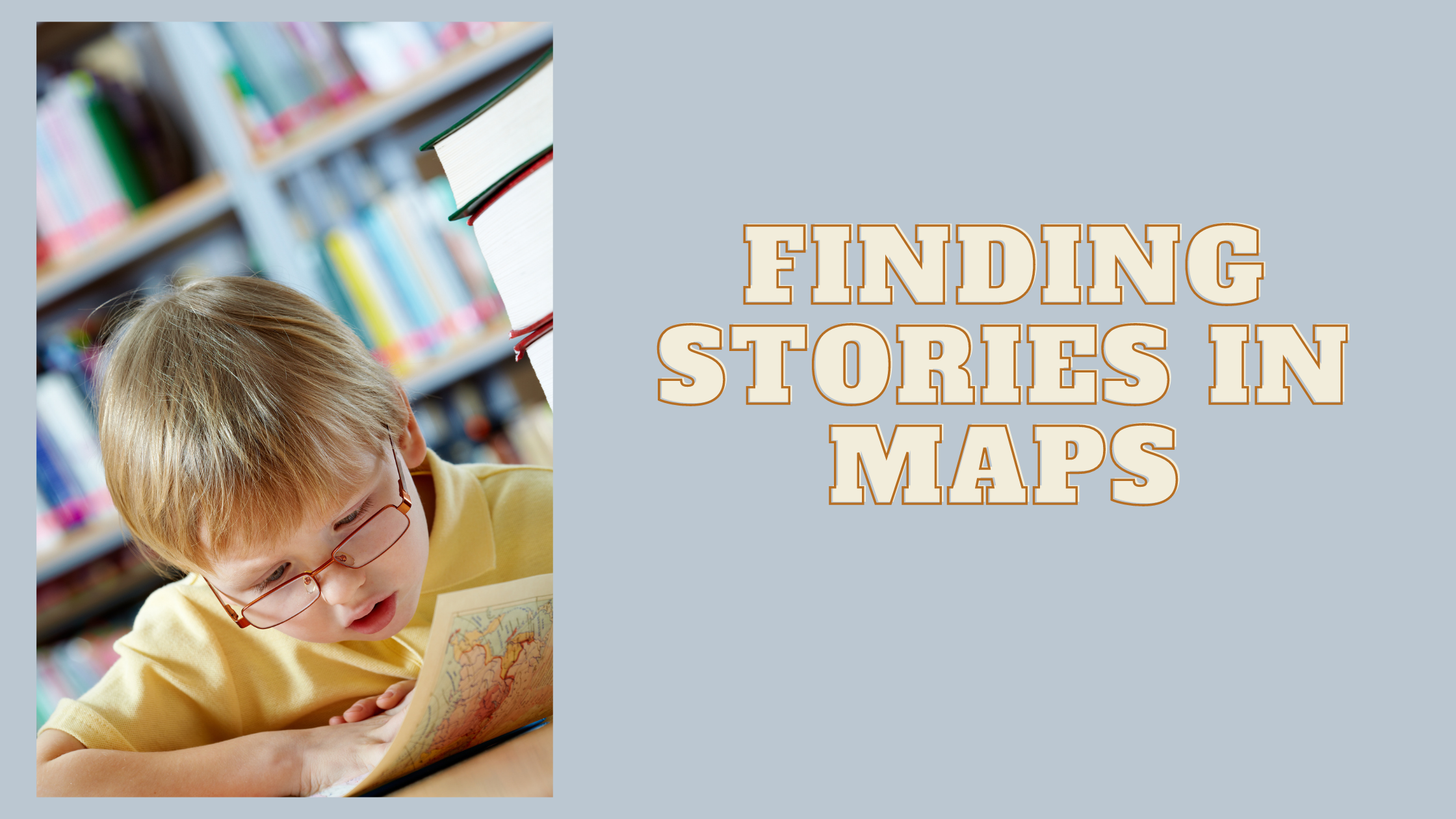 When you first open a book, take a look at the front endpapers. An interesting map might catch your eye. Most times, these maps serve a purpose. And if you pass over them, you could miss a part of the story.

When I first read Out the Door by Christy Hale, I jumped right into the story and skipped the endpapers. Laura Jack, a library assistant at Pace Academy, brought the endpapers to my attention. We were discussing what makes picture books compelling. The endpapers in Out the Door compelled Jack to develop a lesson based on these maps.

The map on the front endpapers of Out the Door highlights the protagonist’s journey to school. Readers will know she is going to school by noticing the clues on the map. She appears to be wearing a backpack and carrying a lunch box. The sign on top of the traffic light says “To School,” and a bold trail maps the way to the building. Readers will later learn that the bold and dotted lines represent how the girl travels to school, by walking and taking the subway. 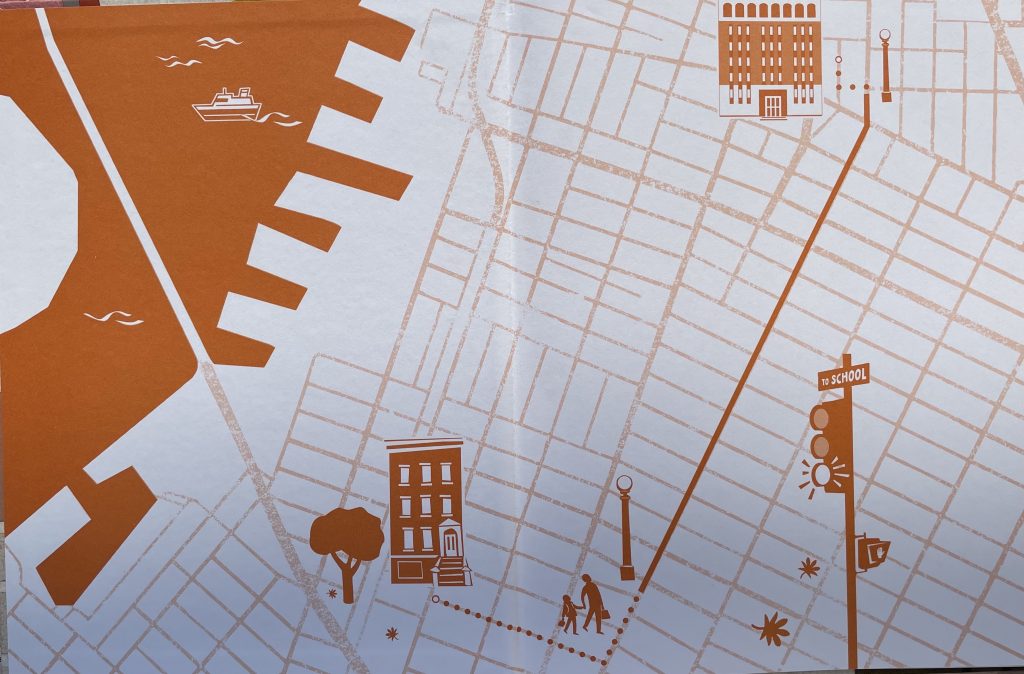 The back endpapers show the same map, but the girl is traveling home. More clues support readers to reach that conclusion.

Jack’s lesson inspired me to look at other books that feature maps in the endpapers. Here are the books I found.

Hike is a wordless book full of beautiful spot illustrations. You’ll want to take your time with this treasure. Soak in every detail. You might miss the main idea if you don’t.

After looking at the cover, turn to the front endpaper. Here, you’ll see a map with a route from the suburbs to the wilderness. Two dots appear along the route; one at the house, and another one in the mountains. A symbol of a star marks another spot. 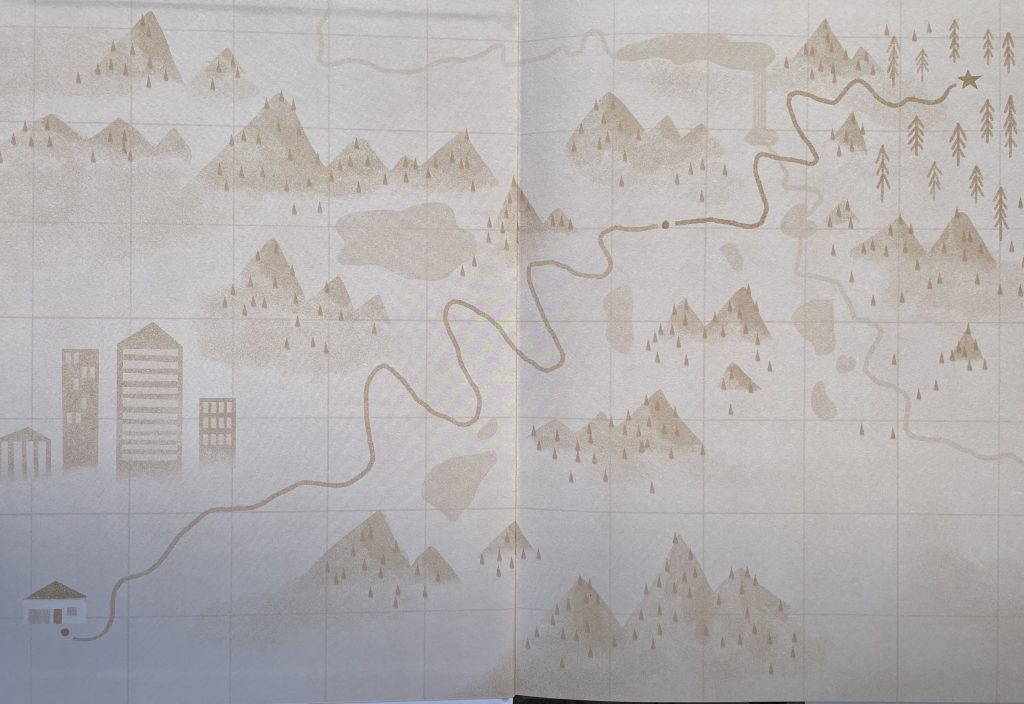 Readers can infer that the map tells the story of a journey into the forest. The first dot signifies where the trip started. The second dot might not be so obvious. Some learners may predict that the second dot shows where the father parked the car. Others may wonder if the star points to their final destination.

Paying attention to the endpapers will prepare learners to look at the details in the story. The verso page adds more meaning, so don’t skip that!

A Green Place to Be: The Creation of Central Park by Ashley Benham Yazdani: Design Map

The maps on the endpapers of A Green Place to Be are blue. I’m thinking that the blue hue is intentional. Could it be a blueprint? More than likely. But young learners might not refer to it as a blueprint. They may, however, infer that the map represents the beginning plans of Central Park. The title of the book will lead them to this idea. The map provides a good lead into this fascinating story about Central Park.

Did you know that there was a contest to design Central Park? It’s true! A Green Place to Be explains how an architect and a park superintendent worked together to design a beautiful park for everyone. The design team put a lot of thought into their plan and made a ten-foot map to show their vision.

After reading about the fascinating features and structures in Central Park, learners will want to explore the park to learn more. Visit the resources on my blog, Library Lessons, to learn more about the park.

This Is How We Do It: One Day in the Lives of Seven Kids from around the World by Matt Lamothe

The endpapers in This Is How We Do It act as a glossary of sorts. A world map shows eight smiling faces linked to different locations. This illustration prepares readers for learning about the author and seven featured children. 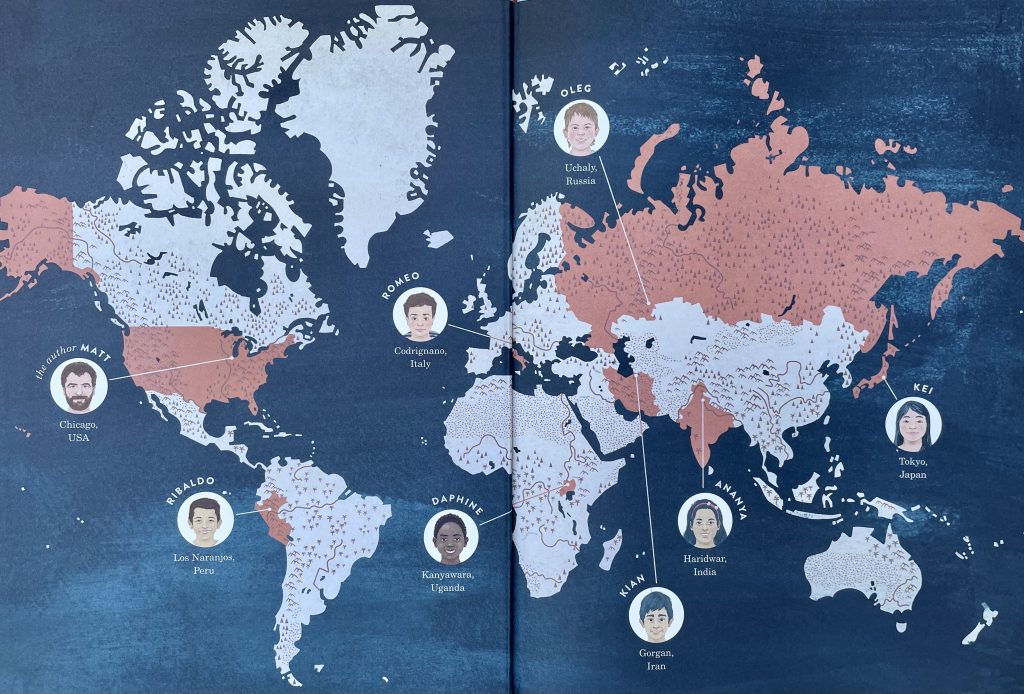 Learners might want to add to this map as they read the story. What graphics could they add to each child on the map? Their map might tell a story about breakfast around the world. Or another category described in the book might pique their interest.

There are no maps on the endpapers of Camilla, Cartographer. That’s OK because this provides an opportunity for learners to design a map for the book. In fact, the book encourages readers to create maps. Perhaps they can draw a map for the endpapers.

Camilla, Cartographer is about a boar who loves maps. Her knowledge of maps comes in handy when a friend gets lost in a snowstorm. Readers will learn what Camilla considers while drawing a map.

After reading the story, think about a purpose for a map in the endpapers. Decide what story it would tell.

Visit Library Lessons to read more about this book and learn how to make a compass.

Are you ready to illustrate maps with learners? Read “Illustrating Maps: How Drawing One Map Supports the Explore Shared Foundation.” Here you’ll find some ideas to use in your library.