One of the most frustrating aspects of being a high school librarian is failing to increase the level of leisure reading among the teenagers who frequent my library. There are a handful of dedicated readers who are as enthusiastic as I am about books; these students, mostly 9th and 10th graders, immediately notice when I change a book display and often linger by my desk openly chatting with me about their latest reads. But the majority of students–and there are dozens of them in the library each period throughout the day–are too tied down with school work to even think about taking a break to read something unrelated to their academic life.

The month of March presents an exciting opportunity, one that gives me hope for the future of readers. I am a huge fan of the NCAA March Madness basketball tournament and love creating a bracket and competing with family members and friends as we watch the college players perform their magic. So when I began working in my school last year, it was a natural progression for me to extend my love of this tournament into a library event. 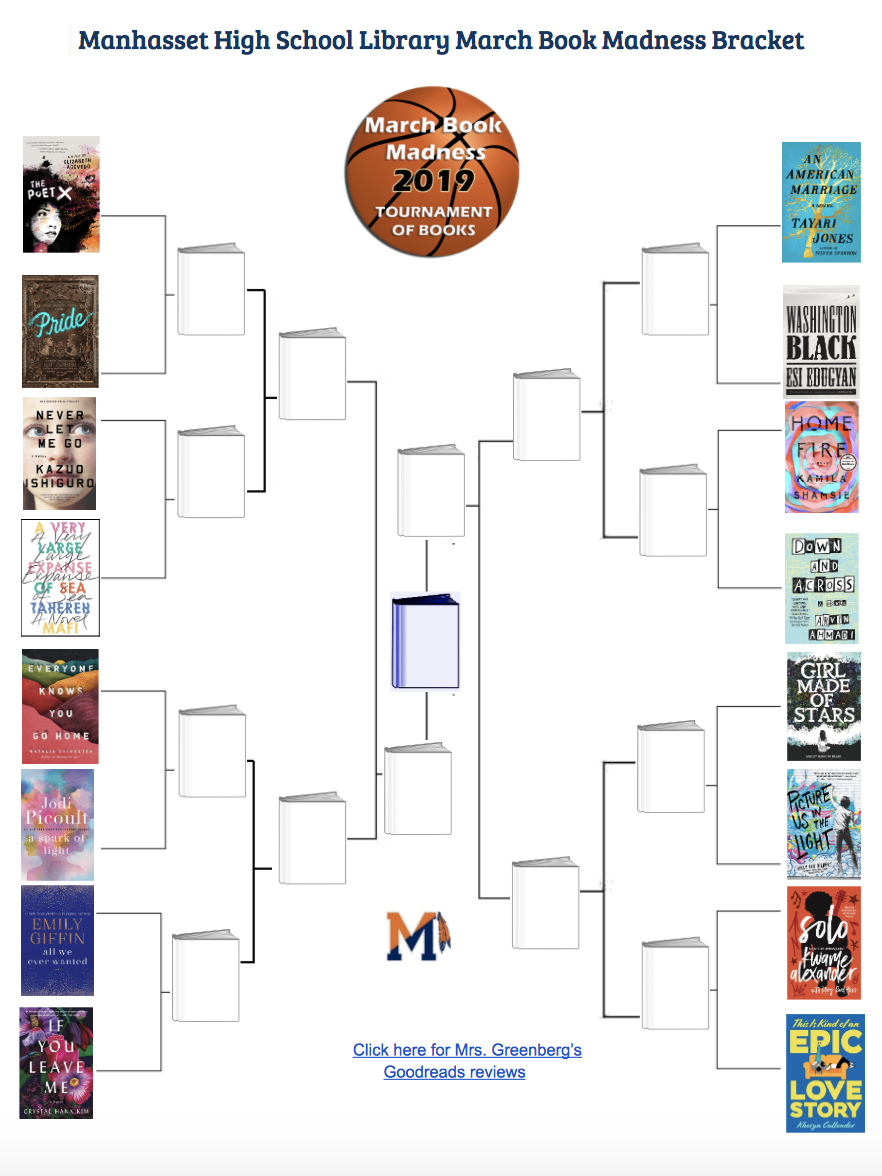 I start by choosing 16 books that I have read, including many YA titles but also some adult books appropriate for teens. I then make a book bracket modeled after the basketball tournament, randomly placing the books. I print out a color copy of the bracket, along with a book voting tally sheet, and walk around the library giving brief book talks about each book. Based on what they hear, the students cast their votes for the books they would choose to read first, and write their names down to be entered into a raffle. Each day I focus on as many pairs of books as time allows, and by the end of March, we’re down to two in the finals. The winning book is announced over the school loudspeaker and through number generator I choose one student from the pool of participants to receive a copy of the winning book.

The one drawback, but also the factor that has made my book tournament work, is that students don’t actually have to read the books to participate. I have realized that starting with small steps is the only sure way to get all of the students involved. Initially, it may seem counterproductive to let them off the hook so easily. But what I’ve found is that as I’m giving the book talks, even the most unlikely students seem to perk up when they realize that there are books about such diverse topics as slam poetry, futuristic worlds, immigration, and teenage angst. It’s as if a light goes on in their heads as I’m talking and I can almost hear them thinking, “Wait, there’s a book about that?”

It wasn’t until the voting was over and we announced the winner of last year’s March Book Madness Tournament that I saw the ultimate reward: students began coming into the library requesting books from the bracket. I had waiting lists for the most popular ones, and sometimes students took out another one from the bracket that wasn’t their first choice, but was familiar from my book talk.

I would love to say that reading has increased significantly as a result of our March Book Madness, but that dream hasn’t materialized quite yet. What has happened, though, is that I’ve successfully introduced teenagers to a wide range of novels and encouraged them to take note of these works of literature. The way I see it, even if a few of them read more than they would have as a result, then I’ve done something to increase reading for pleasure. And knowing that I’ve had these students’ ears for each five-minute book talk helps me to believe that the knowledge of what’s out there in the literary world will remain in the backs of their minds until they’re ready to pick up their next book. 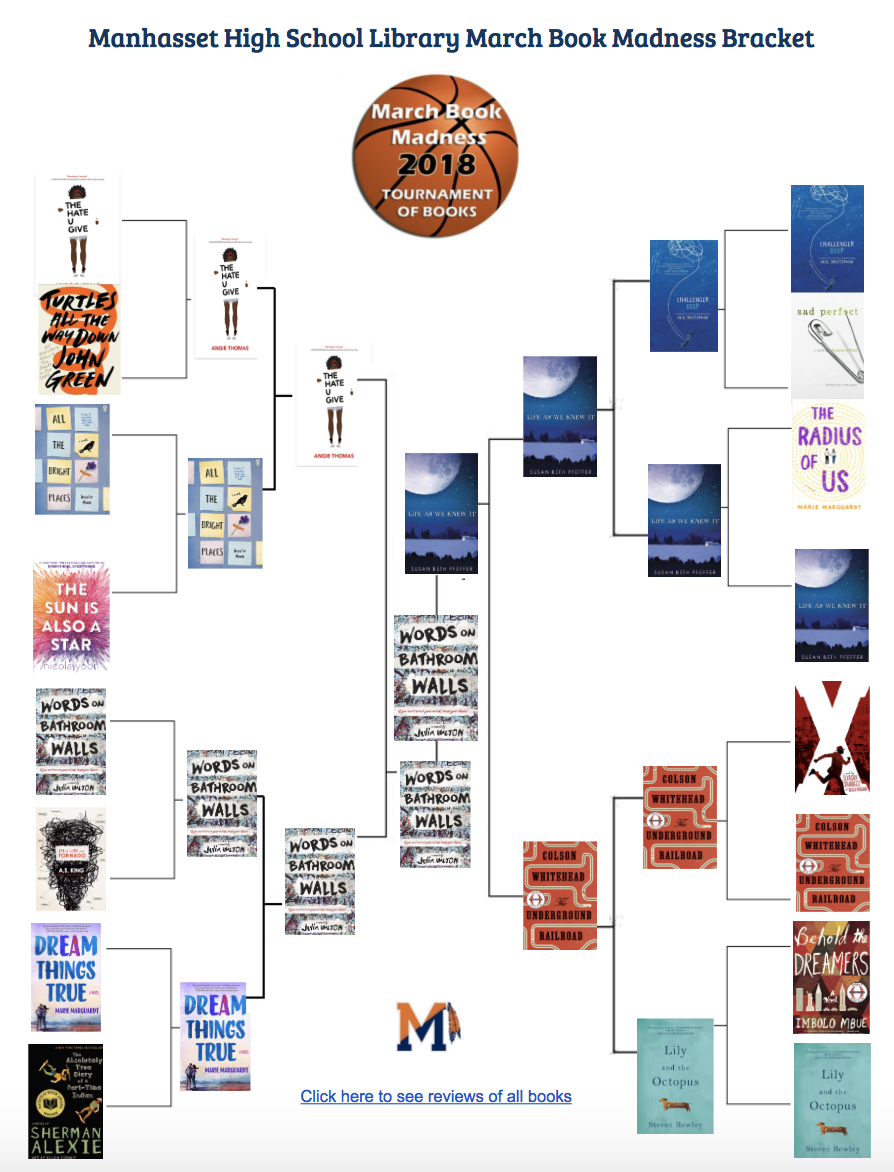