When Jason Reynolds Came to My School 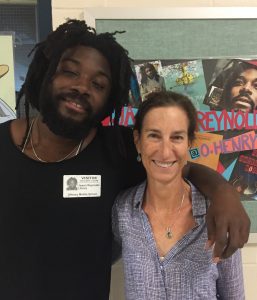 Every once in a while, an author comes along that I can’t resist. I usually try to read one or two books by an author and then move on because, as Frank Zappa says: “So many books, so little time.” Jason Reynolds’s books, both young adult and middle grade, are the exception. His voice is so authentic, his characters and situations so real, his humor flows so smoothly to poignancy, and he so totally nails human nature that I can’t help but binge-read his books.

Thanks to the generosity of our local, independent book store, BookPeople, we get to host fabulous authors at O. Henry, authors like James Dashner, Neal Shusterman, Laurie Halse Anderson, and Kwame Alexander to name a few. All of the above-mentioned were amazing at connecting with our students. Most adults are wary of presenting to members of iGen without some flashy technology or at least something visual to keep kids focused. Not Jason. He spoke directly to our students. He began talking about Ramen noodles and pouring sugar in the Kool-aid, and I wondered where this was heading. In the end, his personal story, narrated authentically with humor and power, kept our 250 middle school students mesmerized.

Connecting with Every Kid 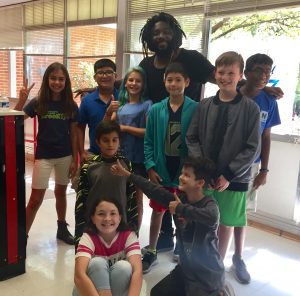 When it was time to sign books, Jason made a personal connection with each child. His talk changed us. Jason tells a great, personal story that resonates for all. Here are among his most potent words:

“Do yourselves a favor…realize that the greatest gift you can give you IS you. Figure that out now so you don’t have to spend 20 years of your life trying to be Queen Latifah or whoever else you idolize. Owning your stories now it’s easier reading mine. It’s easier to read stories and understand them if you understand your own.”

Jason talked about his difficult childhood growing up in DC. But through it all, he wanted to be like Queen Latifah, and he wrote rap lyrics in his notebook. No matter what tragedies occurred, he wrote about them. Suddenly our students are creating homages to Jason. Here’s one boy’s rap poem:

And here’s another girl’s portrait: 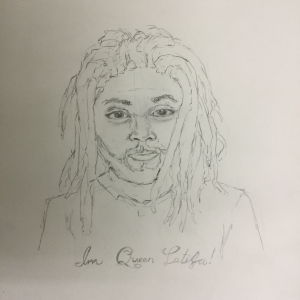 As the poet William Butler Yeats said: “Education is not the filling of a pail, but the lighting of a fire.” That’s what Jason did for my students. In these days, while school districts spend thousands on online reading programs with selection based on Lexile levels, they should instead invest in the human connections and relationships, the librarians and library support staff that make the magic happen and keep the authors coming. 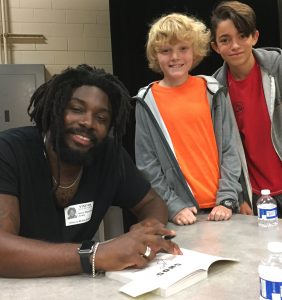 If I Had One Wish

As thankful and excited as I was to host Jason at our school, I wish we could beam him into every school. His message of hope and resilience, of the power of words to transform lives, embodies what motivates us most as librarians to young people. But at least students who don’t have the chance to see Jason can read his powerful novels. We can’t wait to read his next book Long Way Down. 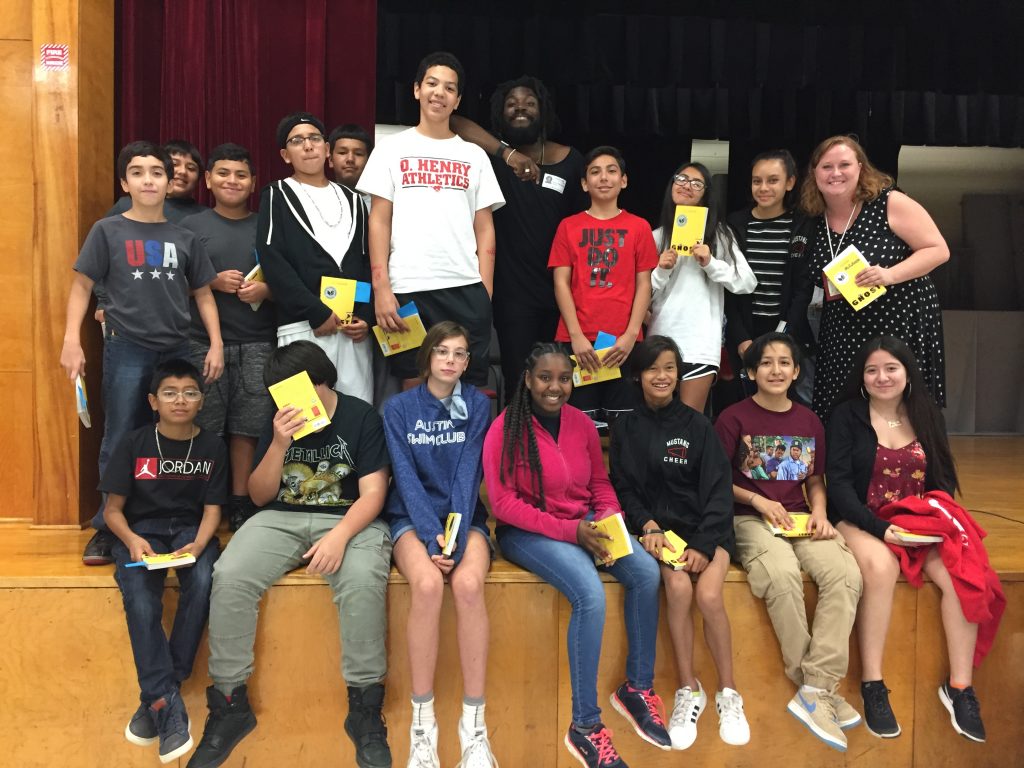 Like Loading...
‹ Enter the #AASL17 Social Media Posts Contest
Be an Ally: LGBTQ Advocacy and the School Library ›