Home › Blog Topics › Advocacy/Leadership › New York City is Supposed to Have a Librarian in Every Secondary School- So Where Are They?

New York City is Supposed to Have a Librarian in Every Secondary School- So Where Are They?

When I came to my school library in 2018, it was a dump. And I don’t mean that metaphorically. I mean that literally. Once a gorgeous centerpiece of a school built in the 1930s, the library had become a desolate wasteland filled with trash and abandoned textbooks. 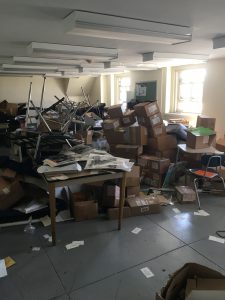 Old books filled the school library. Posters were still up from the last time students or school librarians had occupied the space. That was 2006, when the original high school was broken into smaller high schools during New York City’s restructuring of its high school system. 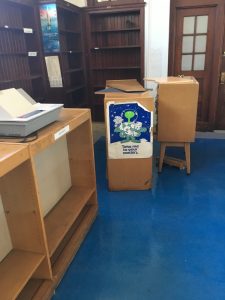 I attempted to save this poster, and it disintegrated in my hands! (We also have no idea where the card catalog went. We left a sign instructing the workers to leave it in the space, but it vanished.) 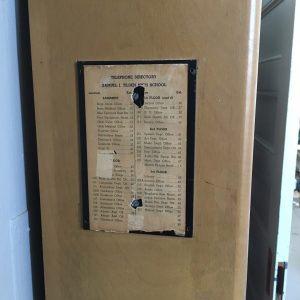 None of these numbers are applicable on our campus now, and most of these departments do not exist!

Inherently, this is an issue of equality in New York City, where we have the most segregated school system in the country, according to the UCLA. Consider the following, a map of school librarians based upon a survey conducted by the NYCDOE Office of Library Services: 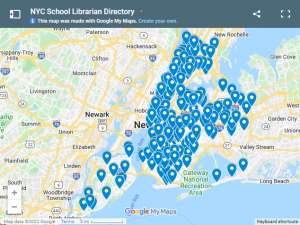 This map might seem quite prolific, but New York City has over 1,800 schools. Those are not 1,800 school librarians. Zoom in, and you will see more and more disparity in neighborhoods with primarily BIPOC populations. Significantly impacted are those with subsidized housing. Only two things can guarantee a child in New York City access to a school library: affluence or a passionate administration. I’m lucky to have the second. But in schools where the administration does not see the value in a library, the school library will often get cut. In a vicious cycle, this is probably because they’ve never worked with a school librarian themselves. Or it could be similar to what happened to my campus: structural changes made the school library defunct.

As it stands, these are the current issues facing school libraries in NYC:

Things have been slowly improving through tireless work by strong advocates for students’ rights to access school libraries. The Office of Library Services has a program called Teacher 2 Librarian, an initiative in partnership with New Visions for Public Schools, allowing classroom teachers to transition from the classroom to the library. I used this program to transition my license to meet New York State Requirements. The Office of Library Services also has several grant opportunities which support building a library program. One such program is the VITAL Libraries Grant, which supports the rebuilding of school libraries in disrepair, such as my school library was previously. 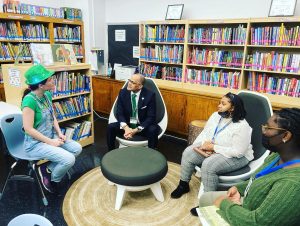 P177Q was a recipient of a VITAL Libraries Grant.

“Mrs. Hawkins, you’re the first librarian I’ve ever had!”