When the leaves begin to turn and the air becomes cooler here in the Northeast, I find myself turning more to nonfiction. With #NonfictionNovember a popular hashtag on social media, maybe I’m not the only one who craves reality-based stories that go deep as we prepare to settle down into the hibernation mode of winter. It’s a reflective time, one that contrasts to the happy-go-lucky vibe of the summer beach read.

Next week I’ll be doing my annual Nonfiction Independent Reading Project with the 11th-grade classes. High school students don’t make leisure reading a priority these days: “The percentage of 12th graders who read a book or a magazine every day declined from 60% in the late 1970s to 16% by 2016″ (Twenge, Martin, and Spitzberg 2019). But each fall, as I introduce 10 books to the junior classes, I notice students showing interest in these narrative nonfiction titles. Similarly, staff members who come into the library for book recommendations express excitement about the memoirs and other nonfiction books I recommend. Whether it’s the need to connect to others’ personal stories, the quest for learning about the world around us, or the sheer volume of compelling nonfiction choices out there, it’s a genre that is worth exposing our students to no matter what time of year.

Here is a list of nonfiction books I’ve loved and recommended to students and staff. Below are reviews of two of my recent favorites: 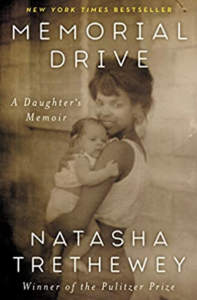 Natasha Tretheway has a way with words. I just learned that she was the 2012 winner of the Pulitzer Prize in Poetry but I had never read anything of hers until this incredible memoir. I couldn’t put it down and am still thinking about the way the author took something horrific and turned it into something beautiful.

Tretheway reveals at the beginning of the book that in 1984, when she was only 19 years old, her mother was murdered by her stepfather. The rest of the narrative traces the events that led to that tragic event, including her parents and grandparents’ histories. The author, the daughter of a white father and black mother, tells what it was like growing up in the South, where she had to juggle two identities. Not only did she struggle with her place in the world, but she also was forced to become the protector of her mother, who after divorcing her father, married an abusive, controlling man.

Shifting between the aftermath of her mother’s death, her childhood, and her young adult years, she explores the ways in which her strained childhood affected her decisions and reactions to the events of her life. Even now, so many years later, she admits that some things are just becoming clear for her.

The writing is beautiful and poetic (not surprising), the chapters are short and accessible, and the emotions are heartbreaking and raw. A recipe for an outstanding memoir. 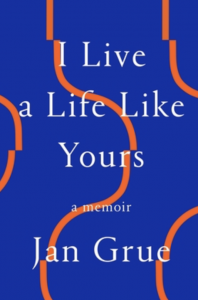 I Live a Life Like Yours: A Memoir by Jan Grue

There are too few books focusing on people with disabilities. When I was in library school about five years ago, two of my classmates wrote a thesis on the representation of characters with disabilities and found the genre to be lacking. So I’m always happy when I find a great book, fiction or nonfiction, that highlights a person with a disability. Jan Grue’s memoir, translated from Norwegian, is an inspiring, riveting account of his life and the way his health has informed his decisions and outlooks.

Grue was born with muscular atrophy, and though he grew up thinking his life was not that atypical, he finds out once he becomes an adult that people around him believed that his days were limited and that his life would be cut short as a result of his condition. It’s only after his parents give him the files documenting his life, including doctor’s appointments, surgeries, and prognoses, that he realizes how sheltered he had been. Grue acknowledges his privilege and is grateful for the opportunities he has had, such as going to good schools and receiving health care, but is also baffled that his view of his life differed so drastically from that of teachers, friends, and acquaintances.

Throughout the memoir, Grue inserts stimulating quotes from intellectuals, philosophers, and others. He ponders the deeper meaning of existence and works through his feelings about himself and his body. In addition to the details of his medical experiences, he dives into his romantic life, cataloging his relationship with his wife and young son. Written in short paragraphs, the prose is conversational and concise, making the narrative flow quickly and easily.

This is one of those books that left me feeling like a different person. No matter how much I may have known about people with specific disabilities, I connected to Grue’s personal journey in a way that was possible because of his open, honest dialogue. 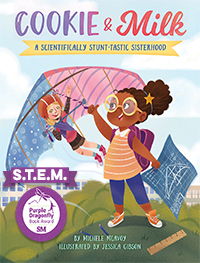