Home › Blog Topics › On the Eve of an Election

On the Eve of an Election 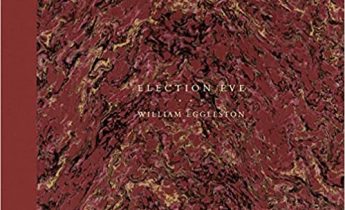 In 1976, a graduate of my school, a gifted photographer, William Eggleston, spent the October before the election, making a trip from his home in Memphis to the hometown of then-candidate Jimmy Carter, of Plains, Georgia. The result is a photo collection of one hundred prints that is his most collectible art book.  Though many describe the election as historic, Eggleston focused on everything but the election in his limited collection titled Election Eve. Lloyd Fonvielle comments, “On the eve of the election, when nothing had yet been decided, when everything–whatever that everything was–hung in the balance, Eggleston made an elegy…a statement of perfect calm.”

In American history, only three women have won the nomination as a vice presidential candidate of a major U.S. political party. These women are Geraldine Anne Ferraro, Sarah Palin, and Kamala Harris. If the Biden-Harris ticket wins the election, Kamala Harris will be the first woman and first woman of color elected vice president of the United States.

Students will be bombarded this month by political ads and media commentary surrounding such a divisive election. Not to mention the political attitudes and beliefs of family and friends. Unfortunately, the majority of K-12 students cannot participate in the election. As a result, they may feel helpless to influence change. A creative project like Eggleston’s photo essay may direct employ students in an activity that takes their mind off the political strife. 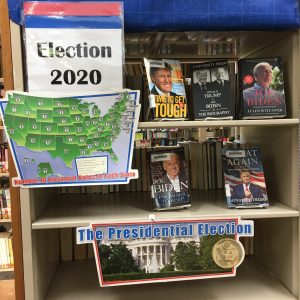 Of course, escape many times is not completely possible. One way to find teachable moments through the final push to the election is to introduce fact-checking sites. Teach students to know that even these sites have biases. First, Fact Check is a project of The Annenberg Public Policy Center of the University of Pennsylvania. Second, the site Truth or Fiction was created in 1999 by Rich Buhler, who is among other things, a broadcaster, journalist, and producer. Third, Media Matters for America makes it clear that they are a progressive research center and that their primary goal is “correcting conservative misinformation in the U.S. media.”  Finally, All Sides finds its roots from the media bias charts creator Vanessa Otero and lists their biases, partners, and funding on the site.

Another way to engage students in the election process is to create relevant book displays. Some hot topics in this election include the Electoral College, climate change, healthcare, and immigration. Work to provide both sides of a political argument. For instance, to include both sides of the electoral college debate, you might include these titles.

Above all, choose reputable, well-reviewed sources. University presses have thorough informational books. One press we like is the Oxford University Press (OUP). An OUP series with several political titles is “What Everyone Needs to Know.” 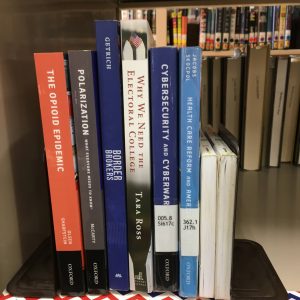 For elementary and middle school, you might try the Who HQ books. This publisher does not have all the topics you might want, but some election-related titles include: Who Is Greta Thunberg?,  Who Is Kamala Harris? Where Is the White House? and What Is Climate Change?  Additionally, some read-aloud options to choose are Monster Needs Your Vote by Paul Czajak; So You Want to Be President? by Judith St. George, illustrated by David Small; Grace for President by Kelly DiPucchio; and Max for President by Jarrett J. Krosoczka.