I had read Monica Clark-Robinson and Frank Morrison’s picture book, Let the Children March, several times since it was released in 2018. The book, based on the 1963 Birmingham Campaign, is an amazing pairing of powerful words and illustrations. It tells the story of the children that marched in Birmingham that May for Civil Rights. Hundreds of children were arrested, jailed, and worse.

Let the Children March was an obvious choice for me to look at for a picture book and primary source post. But I could not figure out how to approach it. I did not want to share a dozen photos and videos of children, fire hoses, and police dogs. There are multiple reasons not to, not least of which is Morrison’s double-page spread of the scene, which already captures the brutality from a unique angle.

Focusing a Search for Primary Sources

The last weeks brought me back to Clark-Robinson and Morrison’s book. As I viewed it, I knew it should have been obvious to me where I focused my search for primary sources: on the children themselves and those that supported them.

A search through the American Archive of Public Broadcasting (AAPB) led me to several audio broadcasts focused on the Birmingham Campaign. Like some news broadcasts, multiple sides are interviewed. In this case, I did not want to focus on comments rooted in racism, so I used a feature of the site called Share a Segment where I selected portions of the audio broadcast. I have the option of sharing them as links or embedding them within a website. I’ve gathered segments from the episodes in a curated list of primary sources.

Listening to a Picture Book and Primary Sources through a Lens 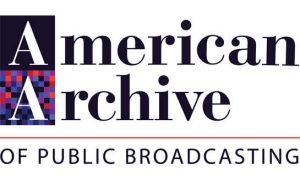 I made two observations from listening to these broadcast clips of children marchers and their supporters. First, their courage of conviction is easily heard. Second, they had a plan. These primary sources allow students to focus on both. In either case, students can listen to a picture book or audio broadcast through a lens. This allows them to target their attention on events, language, or even specific words that provide evidence of the lens they are looking for.

Ask students to listen and view the picture book through a lens of beliefs of the marchers and their supporters. Students can identify words and short phrases directly from the text that may show evidence of “belief.”

Students can then listen to various audio clips from AAPB through the same lens or through a lens of finding evidence of a plan. Different audio clips may lend themselves to different lenses. One audio clip focused on students assisting with voter registration after the march may give insights into a larger plan. Another clip from the same broadcast may give more insight into beliefs as a mother speaks about her daughter who marched and was arrested.

As students complete their analysis of the picture books and selected audio clips, they can arrange and organize their findings from each. Challenge students to synthesize their findings into a statement about the marchers’ beliefs and plans. Students may need to make different statements about parents and other adults that supported the children.

Determining belief and understanding plans of those that strive for change may seem simple. Students can understand the movement in a broader sense and with specific knowledge to support their understanding when they listen to the words of the marchers, those that supported them, and literature that encapsulates their experiences.

Like Loading...
‹ Involving Staff in Book Promotions in an Online Learning Environment
Supporting Students during This Period of Unrest ›