Another presidential election is in the books. Or is it? The electoral college met on December 14, 2020, with its 538 electors officially casting their votes in the 2020 presidential election. However, before then, media organizations such as AP and ABC predicted that Joe Biden was the winner of the 2020 presidential election with 306 electoral college votes and approximately 51 percent of the popular vote. Merely restating this election information might seem biased or even incorrect by a rather large segment of the US population. According to Reuters, “About half of all Republicans believe President Donald Trump ‘rightfully won’ the U.S. election.” Further, a Washington Post survey found that “about 88 percent of all Republicans serving in Congress — will simply not say who won the election.” 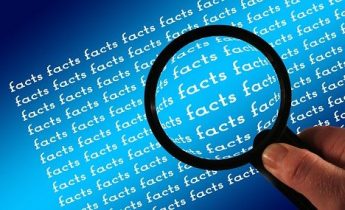 Image by Gerd Altmann from Pixabay

Our students come from many different worldviews. Have you ever encountered students becoming defensive or even becoming more resolved in response to contradictory evidence? Professionalism aside, sometimes we may want to scream, “But this is the truth, this is a fact, there is no such thing as an alternative fact!”

However, the Backfire Effect is a term coined by Brendan Nyhan and Jason Reifler. A JSTOR daily defines the term “when people double-down on their beliefs even when these beliefs are shown to be factually incorrect.”

David McRaney explains the effect in a 2011 podcast.

The Misconception: When your beliefs are challenged with facts, you alter your opinions and incorporate the new information into your thinking.

The Truth: When your deepest convictions are challenged by contradictory evidence, your beliefs get stronger.

One might ask, What leads to the Backfire Effect? An article from the Nieman Lab by Adrian Bardon explains the idea of motivated reasoning as “what social scientists call the process of deciding what evidence to accept based on the conclusion one prefers.” Bardon further explains that “Unsurprisingly, then, people respond automatically and defensively to information that threatens their ideological worldview.” This leads to an individual seeking out only evidence that confirms their strongly held beliefs. In other words, “we engage in confirmation bias, giving credit to expert testimony we like and find reasons to reject the rest.”

Reinforcing this concept is a study by Pew. In their analysis titled “Distinguishing Between Factual and Opinion Statements in the News,” they find “Republicans and Democrats are more likely to think news statements are factual when they appeal to their side – even if they are opinions.”

Last month Joyce Valenza had an excellent post on her SLJ blog column “Never Ending Search” about educating for misunderstanding. She walks through the Stanford History Education Group study that addresses educating for misunderstanding. Another great resource that has helped address misinformation is AllSides.com from the creators of the media bias chart. The site presents news from the right, center, and left. It is fascinating to see the dramatic difference in the reporting. Additionally, check out a lesson from Common Sense Media titled “How Can We Challenge Our Own Confirmation Bias?” This lesson is in the KQ post titled “Critical Thinking through Conspiracies” by Leanne Ellis.

Polarization and the Pandemic Information

Finally, we are in the middle of a pandemic. The misinformation about the pandemic is rampant. We must learn to think about what our students are experiencing and hearing at home and in the community. Some of the issues that students question include facts surrounding the wearing of face coverings and the necessity of in-person schools. We can point to reliable science to guide students to understand facts. However, they may hear an entirely different opinion given as fact after school. It is best to communicate evidence-based information with patience and kindness in divisive times.

Stayed tuned for a continuation of this topic and the effects on how we teach students to evaluate information.

Like Loading...
‹ Collaboration: 3 Lesson Ideas with Picture Books
Your Partner Down the Street: School and Public Library Collaboration ›