I’ve Been Here Before

Sometimes I feel as if my whole professional life has been spent begging. When I worked at a Catholic high school in the 1980s, I mailed letters to all my friends and family asking for donations to keep my school afloat during the Savings and Loan crisis. 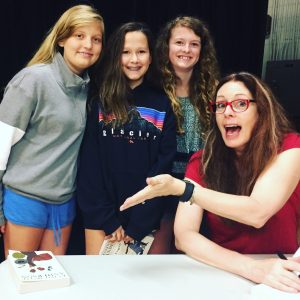 In 2003, my first year as a public school librarian in Austin, my principal announced at Back-to-School Night that the library budget had been “decimated.” I had to stage Adopt-a-Book fundraisers with books dressed in baby clothes. When my library clerk was cut by one-half, I had to plead to the PTA to restore her position to full-time. When Superintendent Dr. Carstarphen and the Austin ISD School Board voted to cut two-thirds of all secondary librarians at a board meeting in January 2011, I was among the librarians present, grieving and strategizing ways to reverse the decision. Three weeks later I will never forget when Dr. Carstarphen said, “We’re going to restore the librarian positions, but we’re going to CUT their support staff.”

By erasing support staff, the district ends up paying professional wages for many clerical duties. Is this the best use of our tax dollars? Since then, my wonderful principal and school community have donated money to support a half-time assistant for my school library. For the past five years I’ve sailed along on the waves of generous parents, but yesterday I discovered my half-time library assistant’s position is cut for the spring semester of this school year. 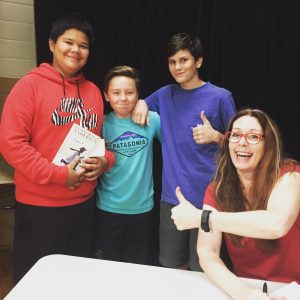 Of course the real culprit in this sad tale is the governor and state legislators, who refuse to fix our broken, property-tax dependent school finance formula. Due to recapture rules, Austin, with 60% of its students qualifying for free or reduced lunch, has to send millions of tax dollars –$406 million this school year– to property-poor districts.

“Austin ISD is the single largest payer of recapture in the state. Our payment alone comprises 13 percent of all state collections. During the next five years—between fiscal years 2016 and 2020—Austin ISD is projected to pay almost $2.6 billion in recapture payments to the state. By 2019, more than half of every tax dollar collected in Austin will go to the state.” 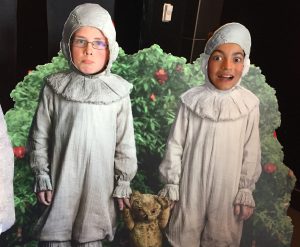 Because school librarians are not considered “teachers of record,” we are on the firing line for school budget cuts across the country. California was in the vanguard for making their librarians an endangered species. Is it any wonder California has among the lowest reading scores in the nation, ranked 45th with only 28% reading proficiency scores in grades four and eight on the NAEP?

What happens when school districts cut critical support staff? The professional is forced to take time away from teaching and engaging students in order to perform necessary clerical tasks to keep the library operation running. Of course, in a perfect world, every teacher would have an administrative assistant so as not to have to waste precious time in front of the copy machine and doing other rote tasks. Sadly, we use our resources poorly and then blame our teachers when student outcomes fall beneath our expectations. Lt. Governor Dan Patrick then bemoans the failure of “government schools” and lobbies to further deplete our resources through diverting scarce tax dollars to private or home schools via vouchers.

Like many professionals, I refuse to be put in a situation where I am destined to fail. I’d rather leave the profession I love and excel at than close the library before and after school or during lunch or have to eliminate valuable programs: book clubs, book talks, reading incentives, book fairs, author visits, research lessons, and most importantly, that one-on-one engagement with a child to find just the right book. I only have so much energy and time to give. As an educator, I’m tired of being disrespected and then blamed for all of society’s ills. I’m not asking for more money. I only want the support required to do my job properly. I’ll be fine. I can move on to other work, but it’s the children who will miss out by not receiving a full, vibrant school library program, which they deserve.

In May of 2013, I received a great honor as Austin ISD’s first ever Librarian of the Year, including a big hug from Dr. Carstarphen. But I didn’t do it alone. I never could have won that award if not for my three stalwart library assistants: Linda Lum, Leslie Wilson, and Sandra Martin. Not only did they keep the library running in order, but they developed their own relationships with the students.

I could quit. I’m fifty-seven. But if I quit, I’m letting them win. Most importantly, I’m not ready to retire. As most of you know, being a librarian isn’t a job; it’s a vocation. Will I have to make compromises, close the library more often, train and recruit volunteers, drop standards, such as delivering books to students on the very day they’re published? Yes, but I still passionately believe what Rafe Esquith wrote: “If children develop a love of reading, they will have better lives.” My work will honor all my fellow librarians who struggle under much more adverse conditions. I will find a way.