Project LIT in the Library

Inspired by the work being done by the current AASL Induction Program cohort, my co-librarian and I decided to start a Project LIT book club chapter to support a school reading culture and facilitate discussions on diversity, bias, and other relevant social issues. Project LIT was started by high school ELA teacher Jarred Amato to promote reading and eliminate book deserts or places where people, especially young adults, do not have regular access to books. Educators apply to become an official chapter leader, agreeing to read books from the Project LIT lists and setting up a Free Little Library or converted newsstand.

We excitedly announced our first meeting, and 6 ELA teachers, including our 8th-grade ELA co-sponsor. Not one single student showed up for the first meeting, so we changed our approach and started planning a second first meeting.

We realized students were confused about what Project LIT is since it’s more than simply a book club, but since several ELA teachers were onboard we asked them to talk to their classes and explain Project LIT is a book club that includes community service and social activism. We also moved the meeting time to before school, since middle schoolers are mostly dependent on others for transportation and getting a ride home after school could be an issue for some students.

Our next meeting was much more successful, and we only lost a few students over time. Most of the original students who attended our second first meeting are still involved. The biggest issue so far has been that the majority of students wanted to read The Hate U Give immediately.

According to many professional reviews, The Hate U Give is suggested for high school readers or grades 8 and up. This presented a problem for many of our 7th-graders who didn’t feel like their parents would be okay with them reading The Hate U Give. After talking with students, guidance counselors, and our supportive admins, we opted to start out reading Ghost Boys by Jewell Parker Rhodes.

Although a bit disappointed at first to put The Hate U Give aside, students really seemed to enjoy Ghost Boys and the discussion topics. As a group we talked about Emmett Till and the significance of the ghost boys (unseen and unheard by many) versus the voice of the young white girl. Students enjoyed digging into the obvious message and unpacking it a little deeper.

In the fall, we held a fundraiser where students donated a dollar to dress as a literary or historical figure on October 31. Project LIT used the funds to satisfy the second component of having a Project LIT club: placing a Free Little Library in a book desert, an area where students might have less access to books, especially during the summer or when school is not in session. 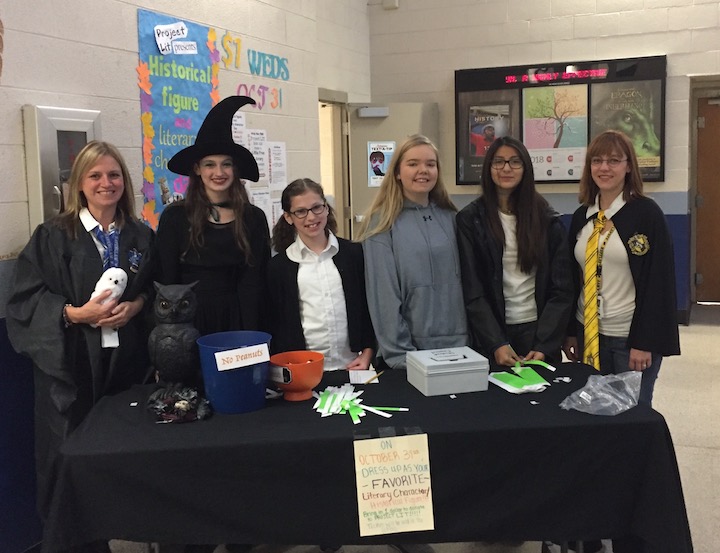 With the okay from our admins, we told our Project LIT students they could read The Hate U Give in the book club if they brought in a note from their parents. A few students were unable to bring in a note, and asked if we could read 57 Bus instead. Not wanting to leave anyone out, we opted to read both books at the same time and overlap discussion anywhere possible.

Luckily, our students have been up to the challenge and enjoy a robust if not a bit chaotic discussion on race, gender, and intersectionality. Unfortunately, we did have one student who was not allowed to read either book.

We’ve collaborated with another school librarian to set up the Free Little Library at her school, where she has a service project club that plans to maintain the library. Our group has also decided to send the library stocked with the books our club has read so far. Reading the books, doing the fundraiser, and seeing the little library has made an impression on the students as they have seen the progression and results of their work and participation. Next year we hope to get more teachers involved and expand student membership. 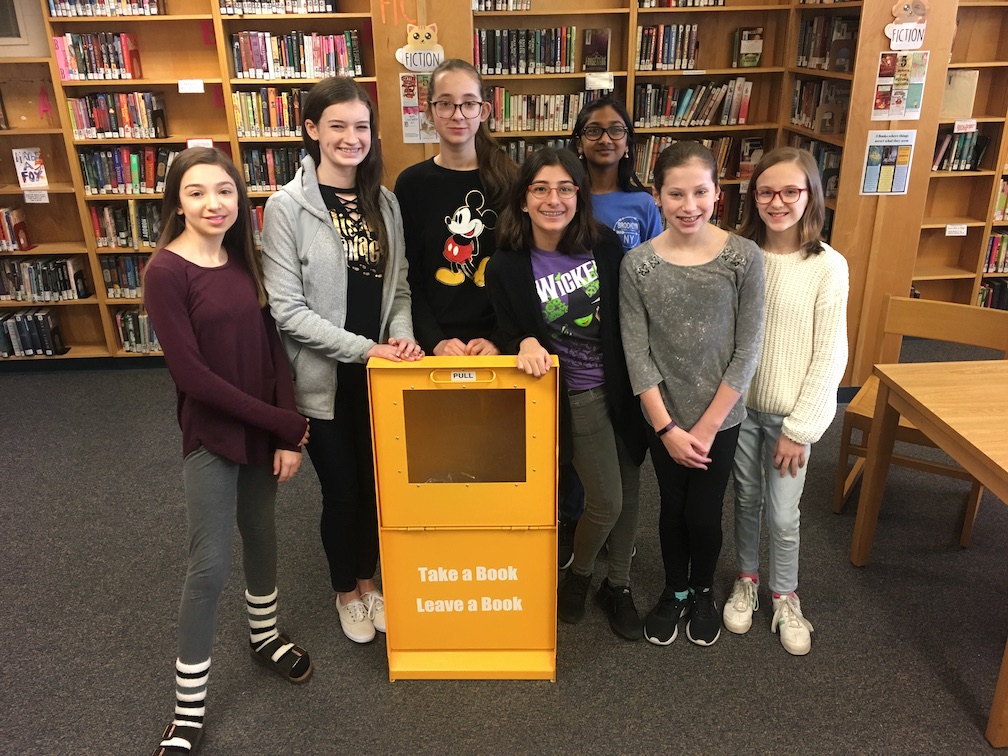 Like Loading...
‹ Pairing Picture Books and Primary Sources: What Do You Do with a Voice Like That? The Story of Extraordinary Congresswoman Barbara Jordan
Book Talks for Black History Month and Beyond ›