Home › Blog Topics › What to Read Wednesday – YA Crossover Books

What to Read Wednesday – YA Crossover Books 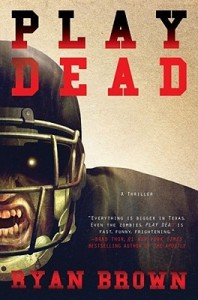 PLAY DEAD by Ryan Brown is NOT a YA novel. However, that being said, it definitely could be. The only thing that would keep this off of my middle school shelf would be the language. Other than that, this would be the perfect book for the boys in my school. It is filled with football rivalry and gory zombie scenes.

PLAY DEAD is the story of high school football rivalry gone terribly wrong. The Killington Jackrabbits are one game away from winning the District Championship. If they win, it will be the first time ever. In fact, this is the first winning season they have ever had. Their rivals, the Elmwood Heights Badgers aren’t going to take any chances. They’ll do anything to prevent the Jackrabbits from getting their spot in the championship game. The Badgers set up an elaborate prank to stop the Jackrabbits from making it to their game and forcing a forfeit. The prank goes bad and the entire team (except for 1 player and the head coach) are killed.

A die-hard fan, with the use of some dark magic, sets out to make things right. The attempt to raise the dead players from their watery grave doesn’t work exactly the way she planned though. It turns out the players are only going to be able to walk the earth as zombies. To make matters worse, if they don’t beat the Badgers on the field within a certain time period, the players will be forced to remain on the earth as the walking-dead with no hope for salvation.

It is up to Cole, the team’s star QB, and Savannah, the head-coach’s daughter, to make sure the game gets played.

The author does a great job incorporating humor along with the bloody gore of the zombies. He even manages to embed an important message about athlete steroid use.

I am not a huge sports fan and the fact that this book isn’t littered with football jargon and plays makes it perfect for someone, like me, who just picks it up for the zombie aspect of the story. PLAY DEAD is a winner!!! 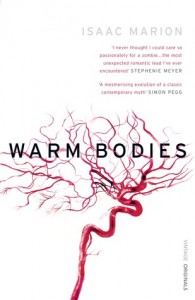 ‘R’ is a zombie. He has no name, no memories and no pulse, but he has dreams. He is a little different from his fellow Dead.

Amongst the ruins of an abandoned city, R meets a girl. Her name is Julie and she is the opposite of everything he knows – warm and bright and very much alive, she is a blast of colour in a dreary grey landscape. For reasons he can’t understand, R chooses to save Julie instead of eating her, and a tense yet strangely tender relationship begins.

This has never happened before. It breaks the rules and defies logic, but R is no longer content with life in the grave. He wants to breathe again, he wants to live, and Julie wants to help him. But their grim, rotting world won’t be changed without a fight…

For other great YA Crossover books check out the ALA Alex Awards. 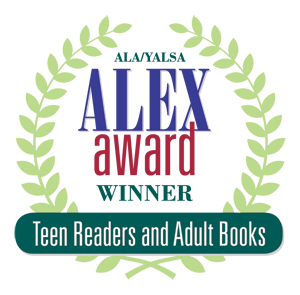 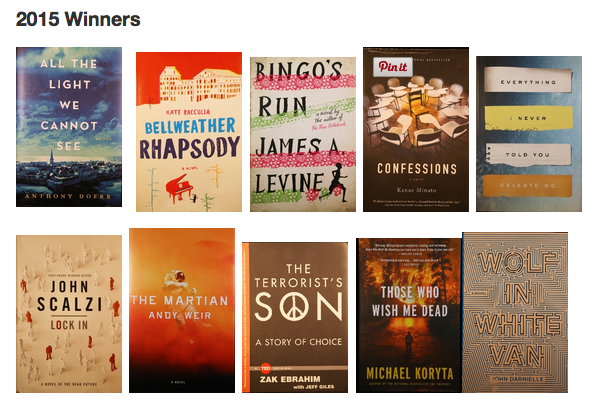 Like Loading...
‹ KQ Letter to the Editor: Response to “Undercurrents”
Let’s Get Together Thursday – Sharing Public Library eResources ›

Tags: What to Read Wednesday, YA Crossover