Home › Blog Topics › What You Really Need to Create a Makerspace

What You Really Need to Create a Makerspace 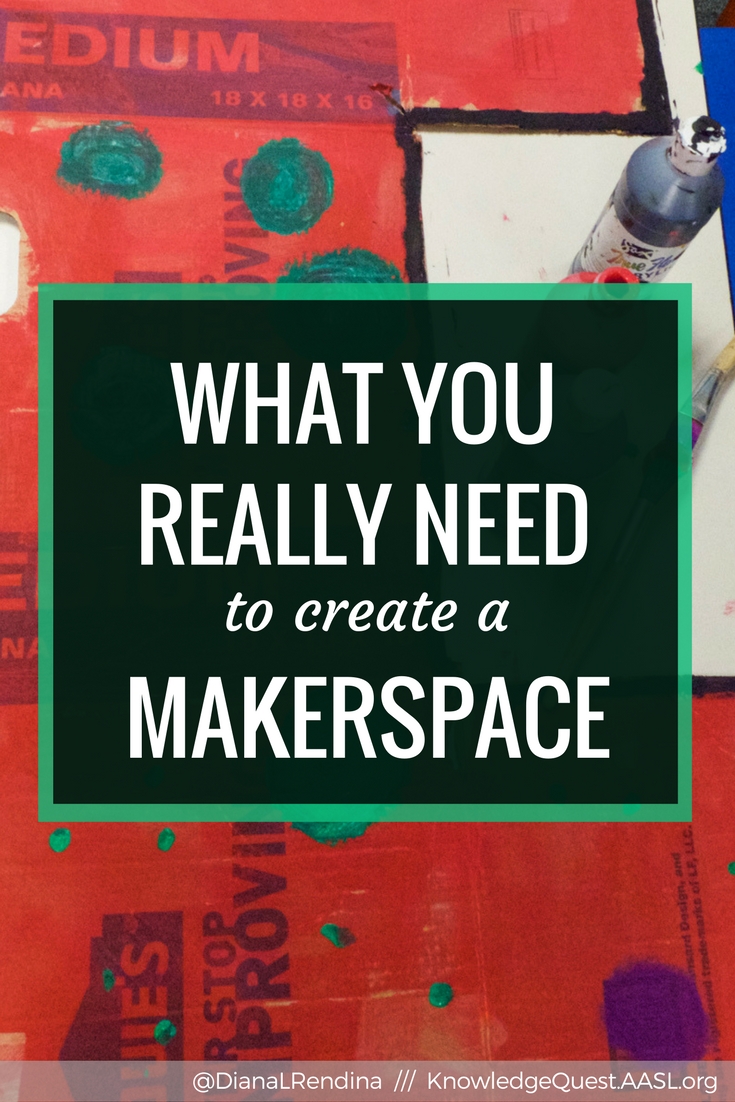 I’ve been on this MakerEd journey since late 2013. Since then, I’ve seen the movement change dramatically. What started out as a few educators tinkering with the idea of hands-on activities that promote creativity and allow an avenue for students to learn about STEAM has exploded. Mainstream vendors by and large now all have makerspace sections of their sites. Every day a new Kickstarter related to coding, robotics, or 3D printing seems to appear. It’s rare to run into an educator at a tech conference that’s never heard of a makerspace.

All of this growth is exciting. It’s amazing to see so many more students being afforded opportunities for creativity in their school. But we must exercise caution. With a changing and growing movement, many are declaring that there are right and wrong ways of doing things. We are getting so hung up on the specifics and our own ideas of what a makerspace SHOULD be, that we’re losing the sight of the big picture. We worry far too much about the stuff. Should I have a LEGO wall? If I only have arts and crafts, is that not maker-y enough? What if we focus too much on tech?

Things You Don’t HAVE to Have to Create a Makerspace

Back in 2015, someone said that my makerspace at Stewart wasn’t a “real makerspace” because it didn’t have power tools. So to be a bit contrarian, here’s a list of things that you don’t have to have to have a makerspace.

(Note: I love many of these items, but none of them are absolutely necessary)

What You Really NEED to Create a Makerspace

All of those tools are wonderful and I had many of them in the makerspace at Stewart. I will be having many of them at my new school as well. But tools do not create the makerspace — they are just that, tools. Without building a maker culture in your school, they won’t do you much good. In 2016, I crowdsourced a definition of what makerspaces are during TLchat. If you look back at that post, you’ll find that most of the words revolve around students and what they do and experience.  Very few people mentioned any specific items.

Here’s what you NEED to create a makerspace:

Without these things, the tools you gather will likely sit and gather dust. Let’s challenge ourselves to stop judging others in the maker movement and focus on a culture of positivity and acceptance instead.