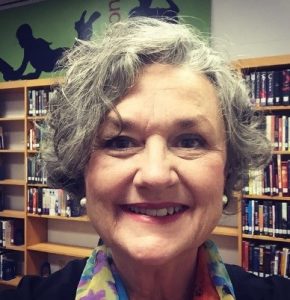 AASL at ALA Annual began with the 2017 AASL Leadership Conference. This meeting is designed to motivate and engage current and future Affiliate Assembly delegates. It is a time for training and motivation, as well as open communication regarding various initiatives of both ALA and AASL. This year, attendees heard from AASL Executive Committee members and from the Vision for Implementing ESSA Task Force. Additionally, AASL Program Coordinator Shannon Carter spoke to a number of topics specific to affiliate conferences, communications, and materials availability. Finally, participants heard updates from the Office of Intellectual Freedom, the Public Advocacy Office, and from AASL Editor Meg Featheringham regarding writing for Knowledge Quest.

Affiliate Assembly I was pleased to welcome Cathy Evans, Director of Libraries, St. Mary’s Episcopal School in Memphis, TN. Evans shared her advocacy efforts that had been prompted by AASL President Audrey Church’s blog entry, “If You Invite a Legislator to the Library.” Evans followed Church’s advice and invited her congressmen and representatives to her library in April 2017. Both accepted the invitation. When Congressman Steve Cohen and Congressman David Kustoff visited she had her students do the talking. Her feeling was that would be more effective than if she spoke herself.

Evans recognized the generous support of her administration. Also, she reached out and asked other teachers and students to write letters to be shared with the congressmen. Evans’s administrators were impressed by her efforts in scheduling the visits. Of course, she followed up with a thank-you note to each of the Congressmen. Evans explained to Affiliate Assembly delegates the framework for her success and encouraged delegates and affiliate members in each of their home states to invite their own government leaders to visit their libraries.

In closing, in addition to encouraging delegates to invite legislators to visit their libraries, Evans also challenged each of the delegates to think of one actionable advocacy goal for next year.

Affiliate Assembly also welcomed Pam Akins, ALA Community Engagement Specialist, to discuss the new ALA Connect. ALA Connect is moving to a new platform called Higher Logic, and the migration is scheduled for August. Akins assured delegates that user IDs would remain the same. In the new system, each division and round table will have their own space to organize their information as they choose. Akins demonstrated creating posts, locating people and groups, and uploading files. Also, members will have the capability to import their LinkedIn profiles.

Following reminders that elections for Recording Secretary and Affiliate Assembly Chair-Elect would take place during the next session, the remainder of the meeting was devoted to regional caucus to discuss the Concerns and Commendations being voted upon in Affiliate Assembly II.

Affiliate Assembly II began Sunday morning following a delicious breakfast buffet sponsored by ABC-CLIO. We were pleased to welcome ABC-CLIO representative and Libraries Unlimited editor David Paige to the lectern. Paige expressed to Affiliate Assembly delegates not only a corporate “thank you” for the work we do, but also a personal thank you for welcoming him into our community. Paige informed attendees that copies of School Library Connection were available for them to take. He also announced a major upgrade to their online platform coming in September. Finally, Paige asked for news of collaboration in our schools. He directed anyone aware of such a collaborator to contact Liz Deskins.

Affiliates moved into regional caucus time where they selected Regional Representatives to serve during the 2017-2018 assembly year.

Next on the agenda was AASL President, Audrey Church.  Church extended the official welcome of the organization. She shared information from the Presidential Initiative Task Force, the 65th anniversary fundraising campaign, and the upcoming AASL National Conference. She also gave updates on various programs, initiatives, and task forces, sharing exciting opportunities ahead for participants.

Affiliate Assembly delegates also voted to forward three concerns to the AASL Board of Directors:

Delegates can expect to hear what action, if any, will be taken regarding these concerns after the Executive Committee meets.

Like Loading...
‹ For the Record | AASL President’s Report – Annual 2017
What You Really Need to Create a Makerspace ›