For the Record | AASL President’s Report – ALA Annual 2016 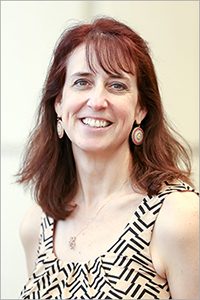 The ALA Annual Conference is an incredible time of professional renewal, networking, and hard work for your AASL leadership. There was much work to be done at this year’s annual in Orlando as we wrapped up the year and set a course for the coming year. Throughout 2015–2016, AASL committees and sections worked diligently on challenging and complex tasks brought forth by the AASL Executive Committee, Board of Directors, and Affiliate Assembly. Heartfelt kudos to our committees, sections, and volunteers for the time and effort invested in an amazing and productive year!

The AASL Board reviewed many preliminary reports from committees and sections at the 2016 ALA Midwinter Meeting in Boston; at ALA Annual the board examined final reports from the committees and sections and made final decisions on many items in order to move the association forward. Much more was accomplished than can be detailed here, so be sure to keep an eye on the KQ website for leadership updates and the AASL website for full board minutes.

Here are a few important highlights from the board’s meetings at ALA Annual:

Social Media Editorial Board. The creation of a Social Media Editorial Board will increase AASL’s visibility and responsiveness on social media in a wide variety of topics to a greater audience. Editorial board members will be assigned to track news regarding a specific topic(s) such as transitions in technology, federal legislation, library research, book/author news, honors, milestones, research on young people, and parent and family and push the news out via AASL’s social media channels. (Relationship to Strategic Plan: To determine the impact of educational and technology trends within the changing societal context and how AASL can best respond; to be a stronger voice for school librarians and the profession.)

Social Media Awards Task Force. The newly formed Social Media Awards Task Force will recognize school librarians who make the most of their social media professional learning networks. The task force will be charged with defining the categories for nomination, eligibility requirements for nominees, developing a call for nominations, developing guidelines for the awards committee for final winner selection, and developing an overall timeline of process. (Relationship to Strategic Plan: To determine the impact of educational and technology trends within the changing societal context and how AASL can best respond; to be a stronger voice for school librarians and the profession.)

It has been quite a year, and I have been proud to represent AASL as your president. Our team of board members, engaged membership, and office staff did an outstanding job of embracing the year’s work with enthusiasm, taking on many new and exciting opportunities with strength of voice and leadership. I would like to personally congratulate and thank AASL membership and the 2015-2016 AASL Board of Directors. This phenomenal team of brilliant people was ready to lead and represent the rights and concerns of young people and school libraries. They never shied away from hard work, tough decisions, and national school library issues and policy. Board members were always thoughtful, thorough, brilliant, engaged, effective, and productive. It was quite a year with much work accomplished, and you have every reason to be proud of your profession.

Read other ALA Annual 2016 reports from AASL’s For the Record:

Tags: ALA Annual, Board meeting, For the Record