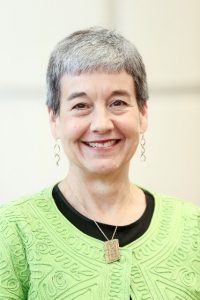 Although the theme for the 2017 ALA Midwinter was “The conversation starts here,” for the AASL Board of Directors, the conversation continued at MW in Atlanta. Meeting on Saturday morning, January 21, and Sunday afternoon, January 22, Board members built on work begun in Orlando at ALA Annual in June and further addressed via conference call meetings in the fall. The dedication and attention that these individuals demonstrate to the work of the association is absolutely amazing, and I thank each of them for their service.

Action items approved by the Board included the following:

Between now and ALA Annual in Chicago in June, Board members will be working to finalize the June 2017-June 2019 operational plan to support AASL’s Strategic Plan. Looking ahead, put Sunday, June 4, 2017 on your calendar—4:00 PM PT/5:00 PM MT/6:00 PM CT/7:00 PM ET—for AASL’s Annual Virtual Membership meeting. Plan now to attend for a complete update on AASL’s activities for the year. The conversation continues!

Read other ALA Midwinter 2017 reports from AASL’s For the Record: