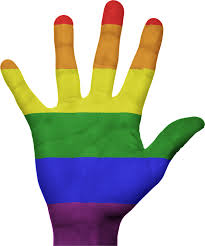 On July 14th, four years after the 2012 passage of SB 48 or California’s Fair, Accurate, Inclusive and Respectful (FAIR) Education Act, School Superintendent Tom Torlakson announced the adoption of the long-awaited History Social Studies Framework. The passage of the FAIR Act (SB 48) was just the first step in a very contentious process, one that resulted in lengthy meetings  and more than 10,000 emails sent to the California Department of Education. The new framework requires California history and social studies textbooks to include information about the contributions of the lesbian, gay, bisexual, and transgender (LGBT) community, people with disabilities, and additional minority groups. When SB 48 passed, the state was still in the throes of the Great Recession and most textbook adoptions had been postponed until funding became available. Without textbooks and supplemental materials, the library community knew we were faced with providing viable resources to support the full inclusion of a topic that would be controversial for some and so necessary for others.

I can’t identify with the controversy, but I do remember the euphoria that ran through the crowd at ALA’s 2015 Annual Conference in San Francisco when the Supreme Court decision came down on same-sex marriage. I was in the main lobby of the Moscone Center when the announcement came, and it was as if a rainbow of joy went up in the air boosted by shouts and tears. At the Gale/Cengage booth, reps handed out rainbow bracelets and information about the new Archives of Human Sexuality and Identity database. We returned home to Napa, invigorated by the SCOTUS decision with the hope that this would be a tipping point for our LGBTQ(IA) communities. Then we went to work. School and public librarians and staffs met with our local LGBTQ(IA) communities…we planned…we shared…and decided on resources that would support the FAIR Act.

With so many different needs and the usual limited budget, where to start? Luckily this summer the CA Dept of Education’s Recommended Literature Committee reconvened to evaluate the list with regard to inclusion and diversity. For the first time, all recent age-appropriate titles that had won the Stonewall Award were added. Using this list, we purchased titles to include in our curated gender eBook collections on the District’s OverDrive platforms. We realized that transgender identity crosses all age groups, and currently this seems to be the most vulnerable group of children and young adults. We concentrated on titles that portrayed transgender children and teens in fiction and in non-fiction narratives. More importantly we wanted newly published titles that would resonate with all LGBTQ(IA) students. Thanks to my friend Buffy Hamilton and our work with Kindles in the Classroom, we have long been aware that reading in a digital format offers privacy… something a questioning child, tween, or teen may desperately need. For our faculties and staffs, we purchased Gale’s Archives of Human Sexuality and Identity database to provide support at the secondary level. This fall the teacher librarians will introduce the database and the gender collections to all secondary professional learning communities (PLC). 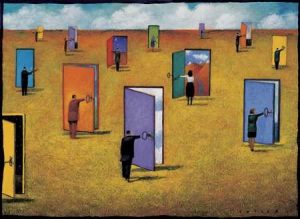 Open Doors, the theme for this year’s Napa Valley USD management retreat, emphasized inclusion and diversity with breakaway sessions, panels, discussions, and personal assessments. Raffle prizes included wine (this is the Napa Valley) and books like I AM Jazz,  And Tango Makes Three, George, and Beyond Magenta: Transgender Teens Speak Out. During the raffle, I read aloud from Beyond Magenta; we all heard how a school principal became the force behind the ease of transition for Cameron, one of the profiled teens. Of course, we are aware how we influence our students academically, but this short excerpt reminded us of the power we have to  support our students… and often and with life-changing events.

This will be a journey for all California school, college, and public libraries, and one that will need partners from all community members. We will keep you updated!