School library legislation is heating up! 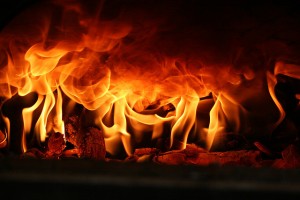 We’re experiencing record cold in D.C., but the ALA Washington Office is busy meeting with Senate staffers trying to promote school libraries. Both U.S. Senate Committee on Health, Education, Labor, and Pensions (HELP) Chairman Sen. Lamar Alexander (R-TN) and U.S. House Education and the Workforce Committee Chairman John Kline (R-MN) have committed to passing a reauthorization bill for the Elementary and Secondary Education Act (ESEA). In late January, Sen. Alexander released his discussion draft and received a lot of push back from the education community…including school libraries because libraries were not well integrated into the legislation. There was no acknowledgement of the importance of effective school library programs. He declared that the Committee would pass the bill out of committee the last week of February.

Sen. Alexander then met with HELP Committee Ranking Member Sen. Patty Murray and they decided that they would make Sen. Alexander’s bill more bipartisan, which will take some time. So the bill markup has been pushed to March. But the House passed their bill out of committee, with no amendments for school libraries passing in the committee.

Now is the time for library advocates to call their Senators about the SKILLS Act to see how much can be included for an effective school library program. This legislation has been hard to pass–Congress has been trying since 2006 and they haven’t completed it yet–so we need you to take action and stay tuned! To learn more on ESEA legislative activities this Congress, read up on the SKILLS Act.