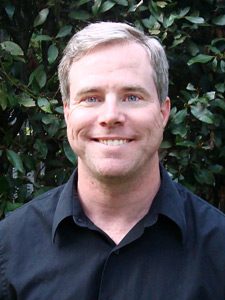 Andy Weir, author of the New York Times best-seller “The Martian,” will serve as the national spokesperson for the 2017 celebration of School Library Month (SLM). Observed in April, SLM celebrates school libraries as approachable, equitable and personalized learning environments necessary for every student’s well-rounded education.

“In high school, I was the stereotypical nerdy, unpopular kid,” said Weir. “I got bullied a lot, in no small part because I was a smart aleck. The school library became my sanctuary. It was the one place I could go without encountering the bullies who would harass and belittle me. I’d read random encyclopedia entries—an early version of a ‘Wikipedia Wander.’ Libraries provide more than just knowledge. They provide a venue for learning and contemplation. I wouldn’t be who I am without that little school library and the shelter it provided me.”

On his website, Weir describes himself as a “lifelong space nerd” and notes he is a devoted hobbyist of subjects like relativistic physics, orbital mechanics and the history of manned spaceflight. “The Martian” is a product of another of Weir’s hobbies – writing.

“The inspiration was—and I am this dorky—I was sitting around planning a manned Mars mission,” said Weir in a June 2015 interview for Popular Mechanics. “Not for a book or a story or anything. Just speculating: How could we get people to Mars?” To answer the question, Weir conducted comprehensive research. A computer programmer since the age of fifteen, he also developed a program to calculate orbital trajectories. This attention to detail and commitment to using “real science” led The Washington Post to describe the novel as “advertisement for the importance of STEM education.”

The novel itself followed a unique trajectory. Originally published in serial form on Weir’s website, the encouragement of his fans led him to self-publish the novel in ebook format. When it quickly became a bestseller, he gained the attention of a major publishing house. The book debuted at #12 on the New York Times best seller list and in 2015 it became a major motion picture directed by Ridley Scott and starring Matt Damon.

AASL President Audrey Church shared her thanks to Weir, “It is an honor to have Andy Weir, author of ‘The Martian,’ serve as the national spokesperson for School Library Month for 2017. Mark Watney, Weir’s main character in ‘The Martian,’ epitomizes creativity and perseverance, two dispositions that school librarians help students to develop. Please join me in thanking Andy for his support of school libraries as we celebrate School Library Month across the country.”

More information and resources, including an upcoming PSA featuring Weir, can be found on the AASL website at www.ala.org/aasl/slm.

Like Loading...
‹ New Year’s Goals I Will NOT Keep
Gimme a C (for Collaboration!): A Successful Partnership Can Begin with Summer Reading ›