Some Thoughts on Student Management 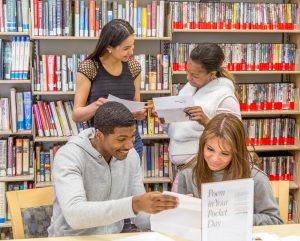 While there are some differences between being a classroom teacher and being a librarian, there’s a pretty good amount of overlap as well. In my field experience placement (which is also the school in which I’ve been teaching for nearly 20 years), the main difference is that the librarian doesn’t have the same kids at the same time day after day, so it’s a little harder to get to know the kids; and that can make it a bit more difficult to develop a relationship with the students. But it can also open up the possibility of a less formal and more friendly interaction.

Having seen lots of different ways of doing things, and having tried out a bunch of different classroom management styles and techniques, the main thing I’ve learned is that different people have different styles that work for them. The trick is figuring out what works for you.

Which means you’re going to screw it up. Understand that. At some point, you’re going to try something out that just absolutely doesn’t work. This is going to be a pain on several levels: it’s going to hurt your pride because you can’t believe how badly it went; and it’s going to leave you with some disciplinary issues to deal with.

I strongly recommend that you deal with your disciplinary issues yourself as much as you possibly can. You’ll probably have an administrator whose job description includes student discipline; but the less frequently you send kids her way, the better off your relationship will be with that person. I can’t guarantee that she’ll notice and appreciate how infrequently she gets referrals from you, but when you do send someone to her, she’ll know that you’re not messing around and that she’s really needed. In addition to bolstering your “street cred” with your administrator, it will also make the kids understand that you’re not a pushover. 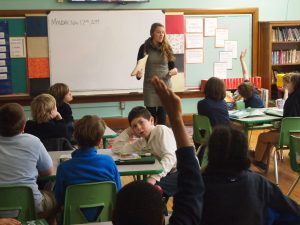 Be Calm and Carry On!

Speaking of which, understand that some kids want to get in trouble. They want the attention; or they want to get thrown out of your room so they don’t have to be responsible for knowing what’s going on there anymore; or they’re just having a bad day and aren’t thinking things through. Whenever possible, deal with discipline quietly and calmly — try not to put the kid on the spot (which might make him think he has to react loudly), and if possible, take the kid off to one side or step outside the door with the kid for a moment to de-escalate. In my experience, if you treat the kid like a human, they mostly tend to respond in kind. I try to always keep my voice calm and quiet, and I try to emphasize what my expectations are and how the student is not, at the moment, meeting them; and I try to ask if there’s something I can do to help the student meet my expectations. This usually shows that I’m there to help, not punish, and that I want the kid to stick around. 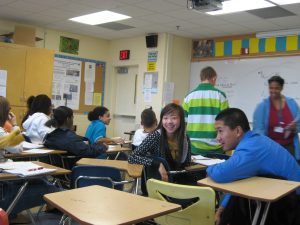 So far, there haven’t really been any discipline issues in the library to which I’ve been a witness, though I’ve heard about times in the past when the librarian used the computer monitoring software to take some screenshots of inappropriate behavior to prove to parents that the kid was doing something he shouldn’t have been. This was a few years ago, and if I recall correctly, the kid had managed to find a hole in the firewall and get to some nudity-infused content, which he then denied having done, not knowing there were screenshots. The lesson there is to document misbehavior as best as possible in case there are issues later on — nothing beats having proof!

You’re going to get parents that are positive their kid can’t have done something wrong, because that’s not what their child is like. Even though you’re an adult with no vested interest in the situation, you will be accused of picking on the kid. Sometimes, you’re just going to have to grin and bear it. Try to remember that no parent wants to believe their kid is a jerk — but also, the apple doesn’t fall far from the tree (in my personal experience). So try to just take it with a grain of salt — and an after-hours margarita.

Like Loading...
‹ I Am Building It, and They Are Coming! How I’ve Been Using My AASL Inspire Collection Development Grant
New Student Orientation for the School Library ›