Streaming Services and YA Books

Has everyone seen or at least started 13 Reasons Why, which is currently streaming on Netflix? I just finished watching the thirteen episode series, and I think this format works really well for adapting books to a visual medium. The popular streaming service Netflix has really embraced the Prestige style book-to-series trend. With three YA novel adaptations premiering in 2017 (Lemony Snicket and Anne of Green Gables are the other two) Netflix seems to be showing a little love to the YA genre, although it may be too soon to tell if this will be standard practice or a fluke.

Creating a television series based on a book is not a new idea. HBO may have set the gold standard for adaptations when they turned George R.R. Martin’s A Song of Ice and Fire into the series Game of Thrones. AMC has The Walking Dead based on graphic novels of the same name by Robert Kirkman and Tony Moore, and HBO has returned to the well with the series Big Little Lies, based on the novel by Liane Moriarty. There’s even been several successful television series based on YA books, like Pretty Little Liars, The 100, and Gossip Girl.

Even though plenty of books have been turned into series with varying degrees of success, I think 13 Reasons Why really establishes why this format, book-to series specifically on a streaming service, could be beneficial to readers, young adults, adults, school librarians, and basically anyone invested in reading. These are a few reasons I’ve become excited about this YA book-to series trend:

Even though I’m sold on streaming service book series, and I am definitely looking forward to Anne of Green Gables as well as Hulu’s A Handmaid’s Tale, there is at least one aspect of the format that does not appeal to me: streaming services are pay to watch, and I’m concerned this might be an accessibility issue for some. Streaming service book-to-series may not be the perfect format, but I still think it has potential for promoting books and encouraging critical thinking.

Is anyone excited about any upcoming book-to-series premiere, YA or otherwise? Any suggestions for books that really need a series, and how do we feel about season 2’s of series like 13 Reasons Why? 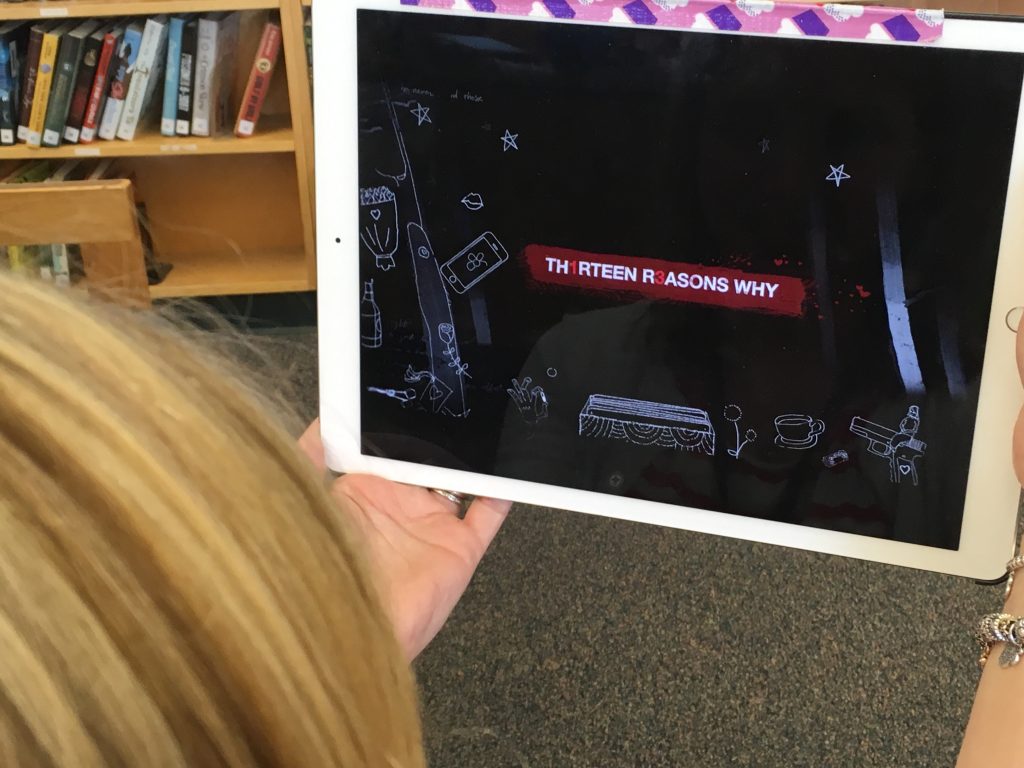 Netflix in the library