Summarizing with Dash: A Collaborative Project in First Grade 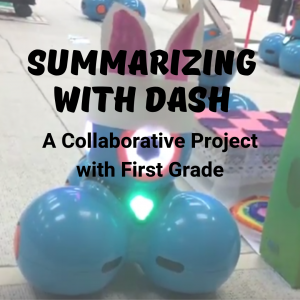 Recently, a first-grade teacher wanted to have her students use coding to create a summary. Her goal was to have students share a story and include how the main character developed as well as how the setting changed. She sought support from me, the school librarian, and a collaborative project was born. Here are the 5 parts of this project:

Read and Discuss the Story

To begin the classroom teacher had been reading aloud the story The Miraculous Journey of Edward Tulane by Kate DiCamillo during her reading block. Her objective was to get her students to move beyond the surface level of reading comprehension by recognizing the physical and emotional changes that the main character, Edward, goes through in the story. The students used journaling to help them reflect on each section of the book. Then they would come together to discuss the story as a group.

After they finished reading the book the students were paired up and assigned a set of chapters to summarize. The chapters were divided based on the significant events that occurred in the story.

The summaries started out very long and detailed. The students wrote everything they could remember instead of thinking about what the key events were. They had to go back and edit their summaries to decide what were the most important events.

Create the Setting and Character Development 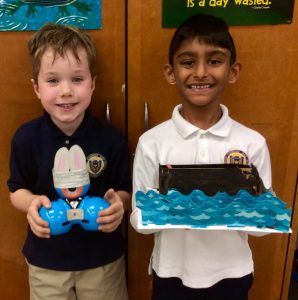 While reading the book students were working on visualizing or creating pictures in their mind. So one of the elements of the project included having them visualize the setting in their section of the book. They created a 3D model of what they visualized with their partner. Each pair had to decide what their model should look like, plan out the materials they would need, and create their project using supplies from the makerspace.

We chose to have students use the Dash robots by Wonder Workshop to code their summary. This choice was made because many of the students have experience using these devices during their science classes. Additionally, we had enough robots for each group. To help their Dash robot become the character, each pair created a set of ears for their Dash robot to wear. The ears the students created represented the character in the story. Specifically, they were creating ears to match what Edward was like in their section of the book. For example, a bow was added to Edward’s ears when he was Suzanna. Again, this helped students map the physical changes of the character.

Record Their Summary and Code the Path 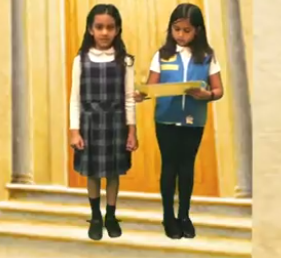 Hearing the sound on the Dash robots was a bit of a challenge due to the volume on the robots. So we decided to have students record their summaries using green screen videos too. These videos were shown when the class shared the entire project. This allowed the students and other viewers to have a complete understanding of the story before adding the 3D models and Dash robots.

Below is a description of each classroom session when coding with the Dash robots. 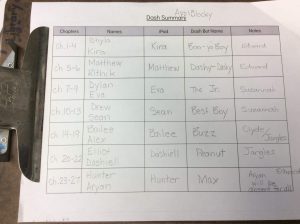 Students had already written and edited their summaries before this lesson took place. They also had created their settings. We explained how the Dash robot worked and how the sound recording is connected to the robot itself. That means when recording you cannot have two students with the same robot. Instead, each partnership had one iPad to create their code and one Dash robot assigned to them. A chart was created so that all of the information was easy to track.

Additionally, students were shown how to record. They did not create any code on day 1; instead, they just recorded their summary so that it was already completed when they were ready to create their code.

The summary was created on a large grid. In the makerspace at our school there is a rug that has a grid drawn on the back of it. We used this grid to lay out where each bot would need to start and end. The end was where each pair placed their setting. We used two different colors of tape. 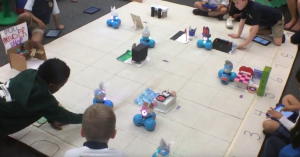 The cream colored tape was where each Dash started and the purple tape was where it ended. This was mapped out so students would know the path they were trying to create with their code.

During the lesson, students were shown the block coding language used with the Dash robots. Each block was discussed so that they would understand the options that were available. From there, students had to work together to decide what to include in their code.

This session lasted longer than the others.  During this session, five things happened.

Students watched the entire video to see all of their work. They reflected on their work with a group discussion including all of the elements of the project. The final video was shared with parents so they could see the completed project.

Overall, this was a great example of how a classroom teacher can pair with a school librarian. We each brought ideas to help students be successful. It was amazing to watch them work together to create their summaries, settings, and code. The students were so engaged in what they were working on. Even though there were so many moving parts they all came together to create miraculous results!