The Marrakesh Treaty and Why It Is Important to Librarians 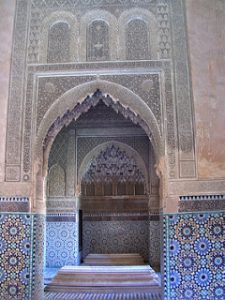 There’s new proposed national legislation for librarians to monitor and support. On March 15, 2018, the Marrakesh Treaty Implementation Act was introduced in the U.S. Senate with bipartisan support. The proposed legislation will amend the U.S. Copyright Act 17, U.S.C. § 121, to be in compliance with the Marrakesh Treaty (Library Copyright Alliance).

What Is the Marrakesh Treaty?

The Marrakesh Treaty is a short title for the “Marrakesh Treaty to Facilitate Access to Published Works for Persons Who Are Blind, Visually Impaired, or Otherwise Print Disabled.” It is an international copyright treaty approved by member states of the World Intellectual Property Organization (WIPO) in June 2013 in Marrakesh, Morocco (WIPO Summary).

The main goal of the Marrakesh Treaty is to increase availability of accessible formats of published materials, including books and magazines, to print disabled people across borders. According to the World Health Organization, in October 2017 it was estimated that 253 million people worldwide have a form of vision impairment including those who are blind (World Health Organization).

Under the Marrakesh Treaty, participating countries are required to create “copyright exceptions that allow the making and distribution of accessible format copies [of published materials] such as Braille or audiobooks, including by importation and exportation” to benefit persons with print disabilities (Library Copyright Alliance). The treaty covers persons who are blind, have “a visual impairment or a perceptual or reading disability,” or “are otherwise unable through physical disability to hold or manipulate [turn pages in] a book” (WIPO, Marrakesh Treaty, Article III).

Thus far, thirty-five countries have ratified the treaty, including Canada, Australia, and India; and there is a major push for the U.S. to move from being a signatory to the treaty to ratifying it by amending U.S. copyright law to comply with treaty provisions (WIPO Contracting Parties).

What Are the Benefits of the Marrakesh Treaty Implementation Act?

The proposed legislation achieves the following:

Encourage Passage of the Legislation

In a time when it is difficult for members of Congress to come together on legislation, the fact that this proposed law has bipartisan support in the Senate is a plus. It also has many supporters including the U.S. Copyright Office, the U.S. Patent and Trademark Office, the National Federation for the Blind, and American publishers (Malcolm). Naturally, the American Library Association is also pressing for approval.

Add your voice by sending an e-mail to your senators asking them to support the Marrakesh Treaty Implementation Act. It’s easy to do through the ALA Action Center.