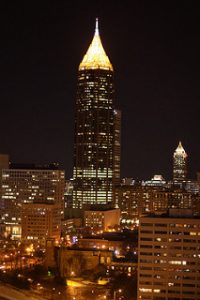 The American Library Association (ALA) holds its Midwinter Meeting annually in January, and this year it was in Atlanta, Georgia. The purpose of the Midwinter Meeting is to have a face-to-face time for committees, task forces, and other groups to do the work of the association. I attended Midwinter along with nearly 9,000 other members and exhibitors and am reporting on the work done by two committees of which I am a member—The ALA Intellectual Freedom Committee and the IFC Privacy Subcommittee. The actions of both committees affect school librarians and their students’ right to freely access information, read books of their choice, and be assured of privacy when using their school libraries.

The Intellectual Freedom Committee (IFC) consists of ten members and a chair. This is my second term on the IFC, previously serving from 2006-2010. The charge of the IFC is “to recommend such steps as may be necessary to safeguard the rights of library users, libraries, and librarians, in accordance with the first amendment to the United States Constitution and the Library Bill of Rights… and to work closely with the Office for Intellectual Freedom … in matters touching intellectual freedom and censorship” (ALA, IFC). The committee also has 11 liaisons from divisions (including AASL), other committees (such as the Committee on Professional Ethics), and round tables (including the Intellectual Freedom Round Table).

The Intellectual Freedom Committee also did a final review and voted to approve “The Guidelines to Minimize the Negative Effects of Internet Content Filters on Intellectual Freedom.” The guidelines were written by a small group within the IFC and led by Mike Robinson, chair of the IFC Privacy Subcommittee. In speaking about this work, Robinson said, “These long overdue guidelines describe the threats posed by filters to free inquiry for research and to student privacy and explain how filters should be selected, configured, and managed to minimize those threats. The guidelines provide a great framework for school librarians to start a conversation with administrators, teachers, and information technology workers on how filters negatively impact the students in their schools and what can be done about it” (Robinson).

Another IFC working group led by Ray James created a “Q & A: Makerspaces, Media Labs and Other Forums for Content Creation in Libraries,” and it was approved by the IFC at its first meeting. According to James, “New technology creates exciting opportunities for creative work in school libraries, but, as the Q&A points out, it can present significant legal challenges including liability, copyright, and freedom of expression issues” (James).

The IFC also approved library privacy checklists that support six library privacy guidelines published in 2016. Led by Sarah Houghton and Mike Robinson, the new checklists were written by volunteers from the LITA Privacy Interest Group and volunteers from the ALA IFC Privacy Subcommittee.  The checklists provide three priority levels of actions librarians can take to protect their patrons’ privacy with the second and third levels requiring more support and resources. The checklist associated with the “Library Privacy Guidelines for Students in K-12 Schools” will be very useful to school librarians.

I have always had an interest in students’ privacy in school libraries and have been either a member or volunteer on the IFC Privacy Subcommittee for years. The committee has six members and a chair. Its responsibilities include: “identifying privacy needs and resources for librarians and library users; proposing action … addressing privacy, confidentiality, and data security…” (ALA IFC Privacy Subcommittee Charge). Unlike the Intellectual Freedom Committee, the Privacy Subcommittee meets for only one hour during Midwinter and Annual Conferences, and its substantial output of resources is completed online between meetings.

At its Midwinter meeting, the committee reviewed plans for Choose Privacy Week (CPW), observed annually during the first week of May. As usual the 2017 CPW activities include a free webinar to be held on April 10, 2017, and blog posts by privacy advocates throughout the week. Deborah Caldwell Stone, deputy director of the Office for Intellectual Freedom, presented draft image ideas for the redesign of the CPW website scheduled to be completed in time for the 2017 Choose Privacy Week. The committee discussed the upcoming special privacy issue of the Office for Intellectual Freedom’s online Journal of Intellectual Freedom and Privacy. The issue will be edited by privacy expert Michael Zimmer, an associate professor at the School of Information Studies at the University of Wisconsin-Milwaukee. Deborah Caldwell Stone, also reviewed current state and privacy legislation introduced since the beginning of 2017.

In this time of intense concern over access to accurate information and student data privacy, the ALA Intellectual Freedom Committee and the IFC Privacy Subcommittee continue to monitor critical issues  and work on useful tools to help school librarians protect their students’ rights.