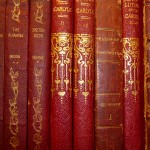 Each year in January members of the American Library Association (ALA) gather for a working conference called Midwinter Meeting where committees, task forces, boards, and other governance groups convene to do the work of the association. The 2016 Midwinter Meeting was held in Boston January 7-12, and 11,716 librarians, library staff, and library advocates (including 3622 exhibitors) attended (ALA News). For many school librarians, ALA Midwinter is on their radar because of the announcement of the annual Youth Media Award recipients. Although I’m reporting on intellectual freedom activities at Midwinter, the IF advocacy groups work year round to defend the First Amendment and privacy rights of minors and adult patrons.

At the Freedom to Read Foundation Board of Trustees meeting on January 8, FTRF legal counsel Theresa Chmara explained the status of current litigation in which FTRF is involved. She spent considerable time discussing the Curtis Arce, et al., v John Huppenthal, et al. [Arizona] lawsuit which originated after the Tuscan Unified School District Mexican-American studies program was declared in violation of state law Arizona Revised Statute § 15-112 and filed a lawsuit challenging the law’s constitutionality. After years of litigation, the federal Ninth Circuit issued a decision in July 2015, and a trial to determine remaining portions of the lawsuit will take place in late fall 2016 or early 2017. Jamie LaRue, the new executive director of FTRF and the Office for Intellectual Freedom (OIF), was present at this meeting and all IF-related meetings throughout the conference.

A small working group is beginning to update the current “Workbook for Selection Policy Writing” last revised in the 1990’s. Members include two representatives from the ALA Intellectual Freedom Committee—Carolyn Hansen, Metadata Librarian at the University of Cincinnati (Ohio), and Jean Duncan McFarren Stark County (Ohio) District Library—April Dawkins, doctoral student at the University of South Carolina, and me, a former school librarian and currently online instructor for Antioch University-Seattle. The working title for the document is “Creating Selection Policies for Public, School, Academic, and Special Libraries.” Kristin Pekoll, assistant director at the Office for Intellectual Freedom, described the need for the revised policy guide stating, “A strong selection policy is a fundamental document for any library. No library has the space for every resource. Nor can they afford everything, so how do librarians choose? They are guided by the mission of their library and their selection policy. When libraries are called to defend materials in their collections, they need a solid and current policy to support their decisions” (Pekoll).

Charged with wrestling with all types of intellectual freedom issues for ALA and writing policy statements that uphold the association’s principles, the ALA Intellectual Freedom Committee (IFC) met numerous times. According to IFC chairperson Pam Klipsch, a public library director in Missouri, “We are beginning to take a look at a number of IF issues revolving about the rights of students related to privacy, internet access (filtering) and free speech restrictions on students in school and outside of school” (Klipsch). She went on to say, “The committee is starting work on new interpretations discussing religion in libraries and political information in libraries. We are also looking at the EU’s (European Union’s) Right to Be Forgotten and how that concept is spreading, with particular reference to four states in the US that now have “button” statures that allow people to go back and erase content they posted on social media sites when they were minors.  We are also looking at efforts [by state legislatures] to amend library confidentiality statutes to allow parents to access their children’s library records up to the age of 18” (Klipsch).

To enable ALA members to become more knowledgeable about issues relating to minors’ and their First Amendment rights in and out of school, OIF and FTRF sponsored an informational session by George Washington University law professor Catherine J. Ross, author of How Schools and Courts Subvert Students First Amendment Rights. She described basic legal principles relating to minors, schools, and libraries and discussed briefly the only school library case to reach the Supreme Court—Board of Education, Island Trees Union Free School District v. Pico (1982). She also described contemporary challenges to minors’ free speech including censorship of off-campus expression.

The ALA Privacy Subcommittee of which I am a member is currently working on privacy guidelines to expand information found in the ALA Privacy Tool Kit revised in January 2014. Of particular interest to school librarians are the guidelines being created for minors and students using library resources. Mike Robinson, chair of the committee explained the need for these guidelines stating, “While students have First Amendment rights to free speech and privacy, they can be impacted by federal and state laws regarding how schools use educational records and how parents can access those records. In the drive to assess and monitor the educational progress of students, it is important for school libraries to establish a protected space where students can read and research free from the chilling effects of being observed and measured.  The guidelines we are developing will outline these issues and recommend principles libraries should adopt to help protect student privacy” (Robinson).

The Privacy Subcommittee is also planning the annual observance of Choose Privacy Week (CPW) May 1-7, 2016. This year’s theme is respecting individuals’ privacy with an emphasis on minors’ privacy. Using the tagline “Respect me, respect my privacy,” CPW activities will include one blog post mounted daily at the CPW website throughout the seven days and a webinar to be held on March 16. 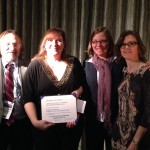 It is always rewarding to see those who stand up against censorship be rewarded for their actions. The Graduate School of Library and Information Science at the University of Illinois at Urbana-Champaign annually presents the Robert B. Downs Intellectual Freedom Award, and for 2016 HP Kids Read, a group of parents from Highland Park (Texas) High school, was the recipient. Against powerful local opposition, they successfully defended the right of teachers to select curricular choices, including diverse literature, and prevented a small group from altering the curriculum for all students (University of Illinois).

One of my final activities at the Midwinter Meeting was to attend the AASL Candidate Forum for the 2016 AASL candidates (line-up to be posted soon) where I heard Wendy Stephens, a candidate for Region 5 Director, speak about one of her passions. Wendy said, “I see maintaining access to school libraries as a civil rights issue, one that, like all civil rights issues demands courage and action…” (Stephens). Taking Wendy’s idea one step further, access to school library resources, services, and a school librarian is also an intellectual freedom issue. Without a school librarian, who will protect students’ First Amendment right to receive information?

On a side note, I urge you to vote, not only for AASL’s candidates, but also for ALA president, treasurer, and Council candidates. Your participation in ALA/AASL elections makes the association vibrant and stronger.

ALA News. “2016 ALA Midwinter Meeting & Exhibits—thousands of attendees address the many ways libraries transform.” January 11, 2016. http://www.ala.org/news/press-releases/2016/01/2016-ala-midwinter-meeting-exhibits-thousands-attendees-address-many-ways/.

University of Illinois at Urbana-Champaign. “2015 Downs Award Given to HP Kids.” https://www.lis.illinois.edu/articles/2015/11/2015-downs-award-given-hp-kids-read/.