Home › Blog Topics › Advocacy/Leadership › What should our students know?

What should our students know? 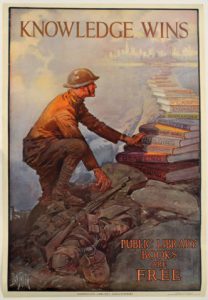 Dan Smith. Retrieved from the Digital Public Library of America.

At the 2018 School Library Journal Summit in Brooklyn, I had the privilege of hearing George Takei talk about his childhood experiences in Japanese-American Internment Camps during World War II. The talk was timed for his forthcoming graphic novel for young adults on this subject, They Called Us Enemy. It was also timely given the current conversations about citizenship, due process, and civil rights. His family and the other 117,000 Japanese-Americans were primarily American citizens unjustly deprived of their finances, property, dignity, and civil liberties. Removed at gunpoint from their homes, they were herded into internment camps across the country located on unforgiving terrain, surrounded by barbed wire and watchtowers.

During the Q & A, one of the participants mentioned she didn’t remember hearing about the internment camps in school. I think my AP History Class gave it a brief mention. I knew about it because I am of Japanese descent and had distant relatives inside the camps (most of my family is from Hawaii whose inhabitants were largely not interned but subject to military rule). I thought about children and YA literature on the topic of Japanese-American internment, and the only book I can think of is Baseball Saved Us. There are several nonfiction books about this disturbing chapter in our nation’s history, but they are clustered in the 940s along with all the other World War II and Holocaust books. Students come across the topic if assigned it in class, but if not, will they randomly learn about this pivotal event? What should be included in the body of common knowledge?

When I discard books – especially outdated nonfiction – in school libraries across New York City – I ask myself this question: What should our students know? Books on 9/11 are apparent, especially here in the city, but what about the Gulf War? Superstorm Sandy still affects families in the five boroughs, but should students learn about Hurricane Katrina? Maria? Michael? Most of us can agree big historical events should be covered like the Revolutionary War, slavery, the Great Depression, but what about isolated incidents like the Oklahoma Race Riot of 1921? The Native American Occupation of Alcatraz? What about a topic like the Spanish Flu of 1918? Estimates of the numbers killed vary from 50 to 100 million. It was the largest modern-day pandemic and its influence and impact on World War I, public health, civil liberties, government accountability and action, and public messaging cannot be overstated. Yet there are no novels about it, no poems or plays. Should topics be judged by their effect on policies, history, and generational legacy? Or our understanding of those issues?

I’m almost to the end of my blog and haven’t even touched on poetry, religion, science, social issues, or technology. For example, many school libraries have books on the dangers of drugs with enlarged images of the actual drug or distressed people, but what about medicinal marijuana?

It seems to me that while school libraries support the school curriculum and encourage independent reading, we can be the repository of the voices, events, topics, and issues not covered in school. We possess the collections our students should and need to know about to be informed citizens with sound cultural and scientific background knowledge, empathy, and the ability to critically discern misinformation. Because we know there are individuals and groups in our world who would like nothing better than to take advantage of public knowledge gaps because they know whoever controls the narrative controls the power.

I am a School Library Coordinator for the New York City Department of Education’s Department of Library Services. I plan and deliver workshops, provide on-site instructional and program support to school librarians, coordinate programs, administer grants, and am program coordinator for MyLibraryNYC, a program administered with our three public library systems.

Like Loading...
‹ Stress Management in the Library
Pairing Picture Books and Primary Sources: Sit-In: How Four Friends Stood Up by Sitting Down by Andrea Davis Pinkney ›