Home › Community › AASL National Conference & Exhibiton › What to See, Do, and Eat in Columbus!

What to See, Do, and Eat in Columbus! 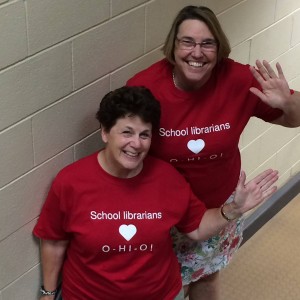 Liz and Susan welcome you to Columbus

Columbus, the capital of Ohio, has blossomed into a food lover’s destination with “serious cocktails and microbrews, pastries worthy of Paris, fantastical ice cream flavors, and extraordinary food shopping,” according to Jane Black, former staff writer for the Washington Post Food section.  One of the trendier food lover destinations is the Short North, a vibrant cultural and business hub located along High Street, minutes on foot from the Columbus Convention Center.  With its galleries, boutiques, and fabulous restaurants, the Short North is the happening place especially on the first Saturday of every month.  Gallery Hop is the “best art event in Ohio,” according to Ohio Magazine. Also within walking distance of the Convention Center is the Arena District.  The Arena District is the premier entertainment district in the downtown.  It has a fantastic nightlife scene with its restaurants and bars.  The LC Pavilion, Huntington Park, and Nationwide Arena are a few of the destination spots for sporting events and entertainment.

With restaurants that appeal to every palate, let us introduce you to just some that are within several blocks of the Convention Center.  If you’re “Yelping” it, we’ve identified eating establishments with prices from $$ to $$$.  Love Italian food?  Then check out:

If you want to try other ethnic cuisines, then check out:

If you want to hop the Cbus, it’s free, you can enjoy

American cuisine?  Columbus has an array of offerings.

With an impressive array of salads and sandwiches for every palate, don’t forget to save room for a delicious dessert – Bare Sammies!  Not to be missed when you’re in downtown Columbus is the North Market, 59 Spruce Street, the location for AASL’s Gala event.

Ohio is about to outpace our neighbor up north (Michigan) when it comes to breweries says Kevin Gray (Paste July 10, 2015) and Columbus has its share.  We’ve already mentioned one – Barley’s – but here are a few more located in downtown:

Interested in taking a tour of Columbus microbreweries check out Columbus Brew Adventures (http://www.brownpapertickets.com/producer/390378) for information.

Yes, you can take a taxi anywhere in Columbus but a more economical and green alternative is Cbus.  It’s free and its route extends from 3rd Avenue (north High Street) in the historic Italian Village and Victorian Village neighborhoods to German Village and the Brewery District (south High Street).  Cbus runs from 7 a.m. to 9 p.m. Monday through Thursday and 7 a.m. to midnight on Friday and 9 a.m. to midnight on Saturday.  Here is the link to check it out the routes and time schedule – http://www.cota.com/cbus.  Cbus is equipped for persons with disabilities.

AASL created an app for conference attendees that includes places to see while you are in Columbus.  Your Local Arrangements team has scheduled several don’t-miss educational tours to sites such as the American Whistle Corporation, Cover to Cover, State Library of Ohio, Anthony Thomas Candy, Thurber House and German Village (http://national.aasl.org/tours), there is much to see in downtown Columbus.  Located at Capitol Square, just blocks from the Convention Center, is the Ohio State House (http://www.ohiostatehouse.org).  COSI, the Center of Science and Industry, 333 West Broad Street, is open 10 a.m. to 5 p.m. (http://www.cosi.org).  Opened in 1964, it was relocated to a 322,000 square foot state-of-the-art facility featuring an array of exhibits to raise the scientific curiosity in all of us, it’s definitely worth the short cab ride to visit.  Downtown Columbus is home to two fabulous theatre venues – the Ohio Theater and the Palace Theatre.  The Ohio Theatre, built in 1927 on the original site of the old Columbus City Hall at 39 East State Street, is known as the “Official Theater of the State of Ohio.”  Declared a National Historic Landmark in 1977, it has been restored in all its Spanish Baroque splendor   The Palace Theatre located at 34 W. Broad Street, was designed by Thomas W. Lamb, who also designed the Ohio Theater.  Unlike its sister theater, the Palace is reminiscent of the 18th century neo-classical work of the Scottish architects James and Robert Adam. Vaudeville mogul Edward Albee of the Keith-Albee circuit personally supervised the construction of the theatre. It opened in 1926 as the Keith-Albee Palace and featured live vaudeville along with silent feature films. an orchestra, and a Wurlizter theater organ.  The Columbus Art Museum, 480 East Broad Street, is another don’t miss.  Having just undergone a huge renovation, CMA is excited to share its exhibits with visitors to Columbus (http://www.columbusmuseum.org/).

If you’re up for taking a cab be sure and visit the Franklin Park Conservatory and Botanical Garden located at 1777 East Broad Street.  One of the featured exhibitions while you’re here is entitled “Scary Plants” and Villafane Studios.  Scary plants are those carnivorous kind!  Artists from the Villafane Studios create one-of-a-kind carved pumpkins – humorous, weird, and wild 3-D pumpkin sculptures by Ray Villafane.  Here’s the link to the exhibit – http://www.fpconservatory.org/The-Experience/Exhibitions/Current/Scary-Plants.

Further north on High Street is The Ohio State University.  With over 64,000 undergraduate and graduate students, it is Ohio’s major public research university.  While on campus there are several buildings to explore.  One is the William Oxley Thompson Library that underwent a major renovation beginning in 2006 and re-opened to students, faculty and staff in 2009.  Another is the Ohio Union built in 2010 on the site of the original Ohio Union.  OSU students played an integral role in creating the new Union – color schemes, seating, as well as working with architects to design functional study areas.  The Wexner Center for the Arts located near the Ohio Union opened in 1989 and is named after Harry  L. Wexner, father of Leslie H. Wexner chairman and founder of Limited Brands and major donor to the center.  While you are here, check out the exhibit “After Picasso: 80 Contemporary Artists” (http://wexarts.org/exhibitions)

Whatever your interests while in Columbus, be sure and look for the red button “Ask Me, I’m a Volunteer” – we are eager to help you enjoy your time in Cbus!

Like Loading...
‹ New Survey Results Point to What’s Working in State Standards Implementation
A Vertical File for the 21st Century ›