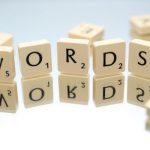 Words have been in the news lately with headlines publicizing the 2017 words of the year. It seems as though everyone has something to say, and sometimes the words have become as skewed as our current society.

All this wordy hoopla made me think about our everyday relation to words. We know words are descriptive and deceptive and are our own special decoders. Words bind us together and glue our memories. They give us identity and individuality; they express our innermost thoughts and create our humanity. However, words still have the power to wound, divide, destroy, and defame.

We librarians love words because they are the backbone of our profession. We understand and respect words, both written and oral. In fact, you could say we are wordsmiths and the keepers of words. Yes, indeed, we do know about the power and beauty of words. 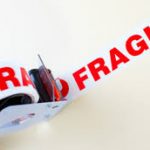 Recently the Oxford Dictionary chose youth quake as the 2017 word of the year, while the New Merriam’s Dictionary chose feminism. Both of these words were popular in the 1960s and have slipped back into the mainstream. Reading these words gave me a sense of deja vu and I was back in my bra-burning demonstrating days. Interesting but not riveting. However, looking at the Oxford Dictionary‘s 2017 shortlist, I was startled by the words white fragility.

According to the Oxford Dictionary Blog, white fragility is “a mass noun that describes the discomfort and defensiveness on the part of a white person when confronted about racial inequality and injustice.” It is a contentious word—one, by its mere mention, can restrict knowledge and shut down conversations before they start. It’s something that some in the school library struggle with in dealing with their student populations.

As the country becomes more diverse, we know that school libraries will see more students from a broad range of social, racial, and cultural backgrounds. The Young Adult Library Services Association’s (YALSA) National Research Agenda on Libraries, Learning & Teens reported that “children of mixed race grew at a faster rate than any other group over the past decade, increasing by 46%. The number of Hispanic children grew by 39%. The number of non-Hispanic Asian and Pacific Islander children grew by 31%.” The report goes on to question if our profession has made the necessary shift “to understand, appreciate, and integrate the culturally diverse backgrounds” of our students. Are we comfortable with providing services and collections to students from diverse backgrounds? Do we use words that are inclusive and culturally sensitive? Or do we view our diverse students through the passive lens of white fragility or even worse as a problem or difficulty?

In previous blogs, I have written about the middle-class whiteness of our female-dominated profession. I have wondered if we are merely content with creating cute displays and checking out books to middle-class kids who love to read and love to read what we suggest. How do we talk to our culturally diverse students, and more important do they feel comfortable talking to us? The old 1970s phrase “you gotta use words so that I can see you” comes to mind, but do we know how?

According to the scholar Robin DiAngelo, “white fragility is dangerous precisely because it allows individuals with more power to re-frame discussions.” As librarians and library staffs, we must take responsibility to open those discussions that support inclusivity whether it’s racial or gender based. The majority of us may be middle-aged white women, but we are the knowledge keepers. We know every story and every life is made up of words. It’s time we listen, understand, and accept this wonderful patchwork of our human quilt. We need to forge ahead and become those Librarians with Spines. I for one am ready for this journey!